Ruairi Canavan hit 1-7 as Tyrone clinched the All-Ireland Under-20 title with a 1-20 to 1-14 win over Kildare in the final at Carrick-on-Shannon.

Canavan’s goal after 19 seconds got the Red Hands off to the perfect start, and while Kildare hit straight back with a goal of their own from Daniel Lynam, Tyrone led 1-9 to 1-5 at half-time.

From there, the Lilywhites were unable to reel Tyrone in as Paul Devlin’s impressive young side added an All-Ireland crown to the Ulster title they won last month.

It was another outstanding performance from Canavan, the son of Tyrone legend Peter and brother of last year’s All-Ireland winner Darragh, as he inspired the Red Hand county to the title 30 years after his father won the second of his All-Ireland Under- 21 medals.

It is Tyrone’s first triumph since the introduction of the under-20 grade four years ago with an under-21 championship having taken place between 1964 and 2017.

Tyrone secured their last Under-21 title in 2015 with a talent-rich side that included Padraig Hampsey, Kieran McGeary, Cathal McShane, Conor Meyler, Frank Burns and Rory Brennan.

The Red Hands reached the decider courtesy of a thrilling 1-14 to 1-12 semi-final win over Kerry last week. Canavan, who notched 0-8 against the Kingdom, picked up immediately where he left off by rifling the ball high into the Kildare net in the first minute.

While that could have rattled Kildare, they responded emphatically as Lynam palmed the ball into the Tyrone net after being set up by Eoin Bagnall.

A Bagnall free put Kildare in front for the first time after 17 minutes but Tyrone struck five points without reply to take command in the closing stages of the first half, including two from captain Niall Devlin, who contributed 0-3 from wing-back in another eye-catching performance.

In the second half, Canavan added six more to his tally as Tyrone closed out a six-point win in impressive fashion and capped a memorable campaign for the county.

“We lost a few leads during the championship, against Donegal and Down, so we’d been there before and knew we couldn’t do it again.” 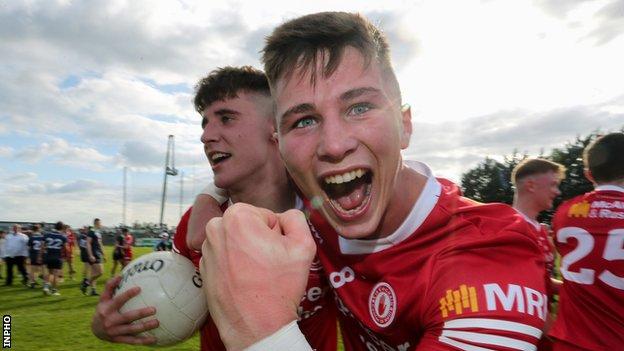 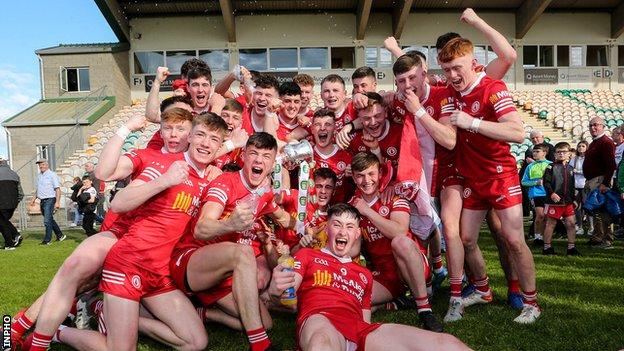 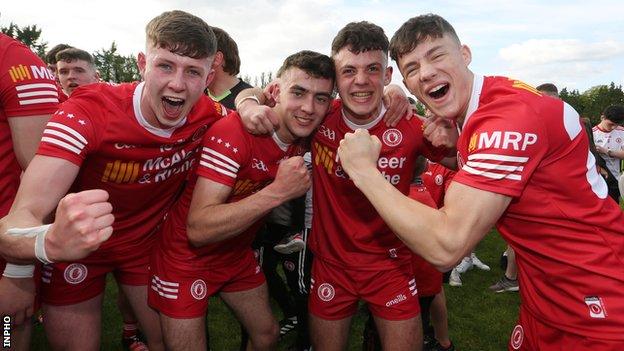 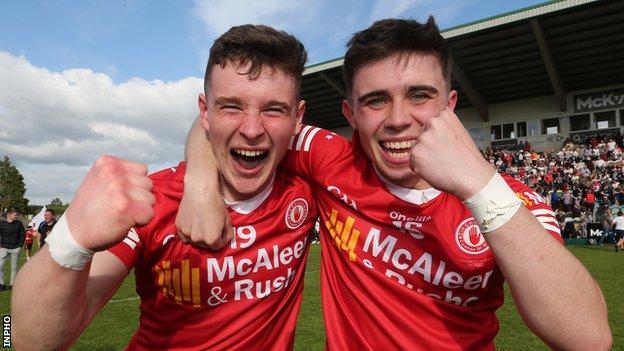