Kinchit Shah will be the top picks of this game.

Bermuda (BER) and Hong Kong (HKG) will clash in Match 24 of the Men’s ODI Cricket Cup at Lugogo Cricket Oval, Kampala. BER has no wins in eight league games and has been disappointing with their performances. In their last outing, they were dismissed for 95 and could not chase down the score. The key performers of the team will be Kamau Leverock and Yasim Murtaza.

On the other hand, HKG has been impressive with five wins in seven appearances. In their last fixture, they chase down the target of 95 runs in 22 overs. The key players will be Aizaz Khan and Kinchit Shah.

A total of around 100 is scored at this venue on a consistent basis, and the batters have been assisted on this surface. The batting second team has won most of the games at Kampala.

(will be added if there is an update)

The quality all-rounder Kinchit Shah has slammed 361 runs at an average of 90.25 and has eight wickets as well.

Aizaz Khan has garnered 166 runs in seven innings and picked nine wickets at an economy of 4.46.

The best performer of Bermuda, Kamau Leverock has garnered 248 runs, and has been handy with three wickets. 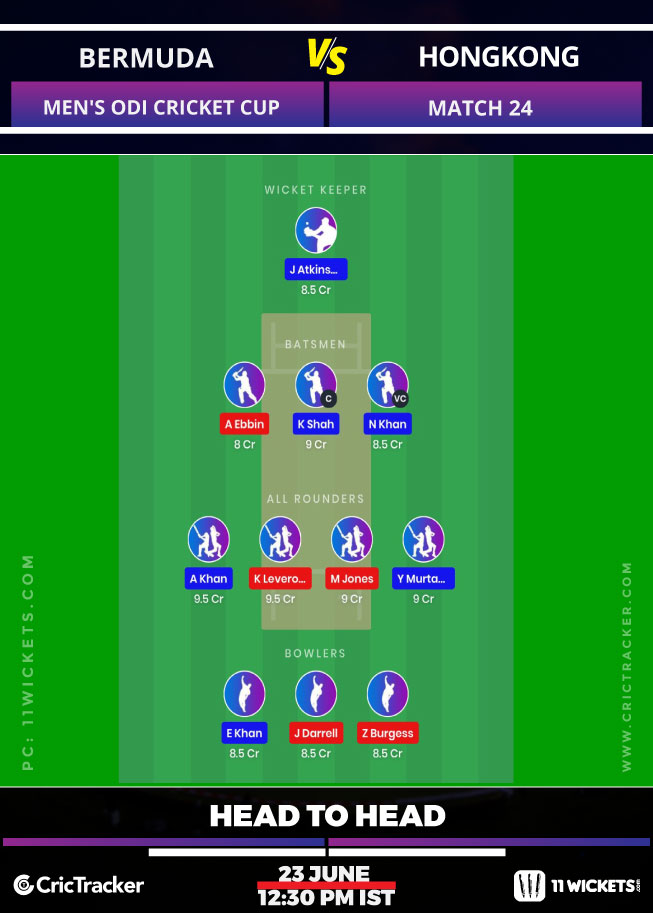 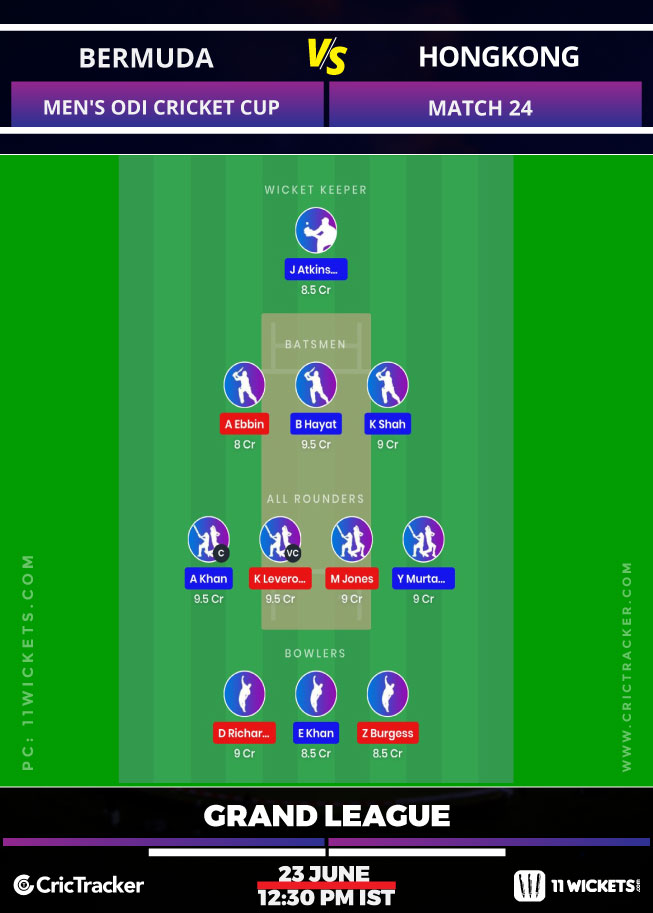