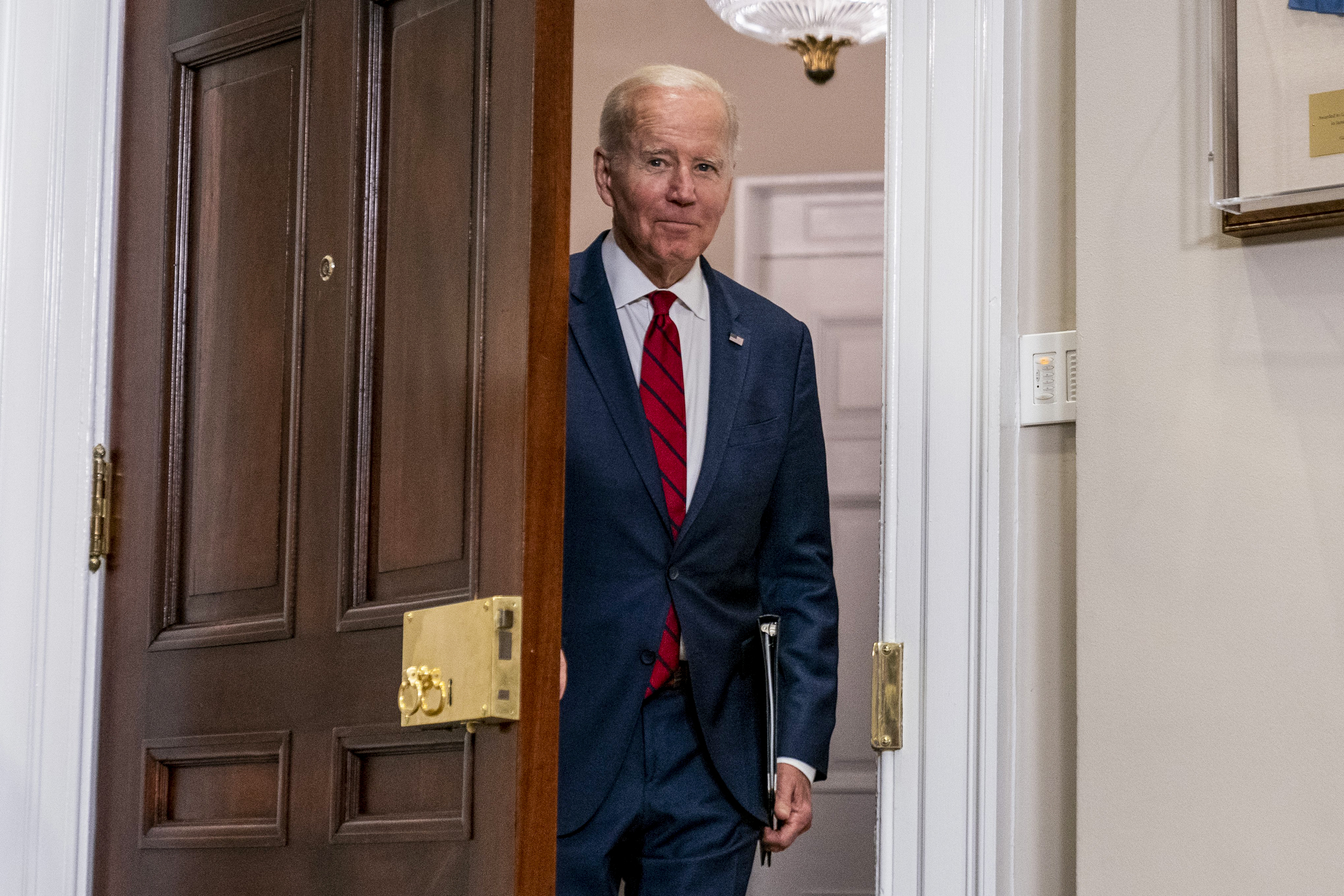 MIAMI — President Joe Biden is coming to Florida next week to campaign with Charlie Crist as he tries to unseat Gov. Ron DeSantis in a battleground state that has increasingly become a Republican stronghold.

But Democratic Senate candidate Val Demings won’t be there Tuesday to meet the president in her hometown, Orlando.

The divergent whereabouts of the two candidates says as much about their respective campaigns as it does about Democrats’ approach-or-avoid conflict with the president, whose approval ratings remain underwater as he nevertheless regains his popularity and starts hitting the campaign trail in the final weeks leading up to the Nov. 8 mid-term elections.

Democratic candidates across the country have either tiptoed around or embraced Biden, depending on their races. For months, there were obvious signs of strain between the White House and battleground Democrats: Biden sought to trumpet his legislative victories, but Democrats in close contests were still outperforming him in polls and either minimized their appearances with the president or avoided him outright.

In Florida, Crist has a tougher race on his hands than Demings. He trails DeSantis by a wider margin than Demings does in her matchup against Sen. Marco Rubio, recent polls show. Demings also has about as much campaign cash as Rubio, while Crist is going up against an incumbent with $120 million on hand, a record for any statewide race in the country.

Given the size of the state and its 10 expensive media markets, Crist needs Biden to at least get free media exposure, said Steve Vancore, a Democratic pollster from Florida.

“Val Demings doesn’t need the money and attention that Charlie Crist does. So therefore, she could look at polling and say, ‘I need to get crossover voters, and Joe Biden’s underwater,'” Vancore said.

A Suffolk University poll, conducted for USA Today and released Wednesday, drove home the differences between the two Florida Democrats. Demings trailed Rubio by 4 percentage points, Crist was behind DeSantis by 7 points (with the margin of error for both at just over 4 percentage points), and Biden’s approval ratings were upside down: 40% of Florida voters overall had favorable opinions of the president, compared to 54% who had unfavorable opinions.

But there was a stark divide among undecided voters: Only 16% perceived Biden favorably, compared to 58% who held unfavorable views, said David Paleologos, Suffolk’s pollster.

“The calculation for Crist is ‘I’m down 7 points; I have to win an inside straight here in this poker game,’ and maybe if Biden’s numbers continue to come up — and they are rising — it will be a wise move at this snapshot at time,” Paleologos said. “But it’s a risk he needs to take to get whatever media attention he gets.”

The Suffolk poll also showed DeSantis with higher approval ratings than Biden, and he outperformed former President Donald Trump in a hypothetical matchup in Florida.

Trump won Florida by about 3 percentage points in the 2020 presidential election.

In a statement to NBC News, Crist said: “Florida is on the front lines in the fight to protect women’s freedoms and preserve our democracy. President Biden knows that, which is why he is coming and why I’m proud to welcome him.”

NBC News has asked the White House for comment.

Demings, who has kept her House seat, has made her work on Capitol Hill a hallmark of her campaign, and she said she will be in the nation’s capital Tuesday, even though the House isn’t conducting any official business that day.

While Biden’s poll numbers are inching back up, he’s still in negative territory, which makes Crist’s enthusiasm for a Biden visit all the more a rarity.

Before Josh Shapiro, the Democratic nominee for governor of Pennsylvania, appeared with Biden at an event late last month, his campaign made it clear it would be “in his official capacity” as state attorney general. And Pennsylvania Senate candidate John Fetterman, the lieutenant governor, initially distanced himself from Biden at a Pittsburgh Labor Day event before he posed for photos with the president.

Meanwhile, Democrats like Sen. Catherine Cortez Masto of Nevada and Ohio Senate candidate Tim Ryan have sought to distinguish themselves from Biden. They both blasted his move to forgive federally backed student loans, saying it did nothing to help working-class residents who didn’t go to college and that it failed to address the root problem of affordability for higher education.

The Florida dynamic also played out recently in Wisconsin, where Biden teed off on Republican Sen. Ron Johnson. But Johnson’s Democratic opponent, Lt. Gov. Mandela Barnes, wasn’t there to hear it. Instead, Democratic Gov. Tony Evers, who is in a tight race with Republican Tim Michels, appeared in the Labor Day speaking lineup with the president, but only after an earlier hubbub in which the governor’s office reportedly shut down a White House request for a joint appearance in July.

Crist has had experience avoiding presidents, as well.

In 2006, when he was the Republican attorney general running for the state’s top seat, Crist avoided the unpopular leader of his party at the time, President George W. Bush. Crist won handily. In 2014, Crist ran for governor as a Democrat in a comeback bid, but he decided not to have a rally with President Barack Obama. Crist narrowly lost that election.