So the popular longtime area attraction, whose workforce is comprised mainly of high school and college age students, met with some of its staff over the winter and crafted a solution employed by other businesses nationwide heading into this spring: offer incentives and bonuses. For Young’s, that included a $2 an hour bonus for weekends, at a time when staffing had been a considerable challenge, he said.

“Weekend gratitude, we call it,” Young said. “We’re thankful you’re going to work on the weekends because that’s when we’re busy, when we really need you.”

Young’s Jersey Dairy also bumped up starting pay to $12.50 for employees as young as 16 years old, “a pretty high rate” compared to previous years, which helped to increase staffing levels, he said. It also created a finder’s fee, of sorts.

“If your family or friends or someone you recruit comes in here and stays for three months, you get a nice little couple of hundred dollars of a … recruiting bonus,” he said. “Those are the main things we’ve done. It seems to be working pretty well.”

Young’s will continue to hire all summer long to help it get through the summer and fall months, Young said.

At least for the time being, jobs, in general, appear to be abundant. According to the latest Job Opening and Labor Turnover Survey released this month, there were 11.5 million job openings in March, up from the 11.3 million seen at the end of February.

But a new outlook from Challenger, Gray & Christmas Inc., a global outplacement and business and executive coaching firm that analyzes data, shows that “a perfect storm of current events” affecting American teens might prevent them from entering the workforce. The firm found that last summer, despite the availability of jobs teens typically fill, a lower amount of COVID cases and lifted pandemic restrictions, 41% fewer teens found jobs than in 2020, when the most teen jobs were added on record.

“There’s no lack of opportunities,” Andy Challenger, the firm’s senior vice president, told this news outlet Friday. “This is a really unique job market where we see more job opening than maybe at any point in American history. Wages are rising, people are quitting and moving positions all the time, so teenagers have a lot of opportunities out there, if they choose to take them.”

Businesses that rely heavily on summer crowds, including restaurants, summer camps and amusement parks, need teenage labor but might not get it this summer if a teen labor shortage persists over the next few months, Challenger said.

“There was a lot of opportunity last year (and) even more this year, but we’re certainly not seeing teenagers flow into those roles in the way that businesses would like to see because they’re pretty short-staffed,” he said .

Montgomery County has identified an approximate 10% unemployment rate among local teens age 16 to 19 years old, “which is higher than we would obviously like it to be,” said Kara Hamby, spokeswoman for Montgomery County’s Business Services.

However, programs like the county’s YouthWorks can help young adults, typically high school age, to prepare for the workforce, Hamby said. 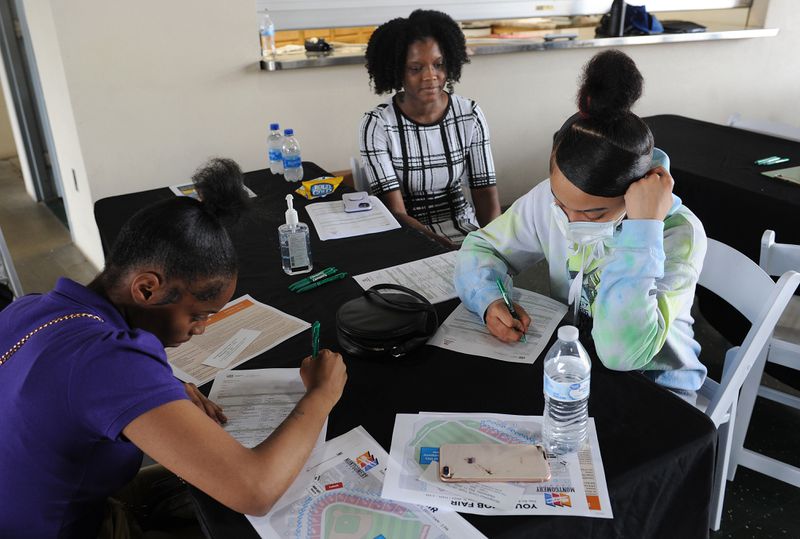 “They might come in with no experience whatsoever and we are training them and working with local companies and employers and placing these kids at work sites,” she said. “It’s beneficial because employers get to assist in training the upcoming workforce and then these kids are getting the skills that they need to make themselves more marketable for the job market.”

A 10.2% US unemployment rate among teens is “a little complicated,” he said, because that statistic is the percentage of teenagers who can’t find jobs among those who want to find jobs, not overall teenage employment.

“They’re not considered part of the denominator, part of the teenage workforce, unless they’re out actively looking for a job,” Challenger said. “Even though the unemployment rate for teens has dropped, so has the participation rate.”

Part of that could be the result of anything from summer school and extracurricular activities to volunteering for something altruistic that helps build their resume for college or a job after school, Challenger said. Teens, especially in the recent past, also may have wanted to prevent getting COVID

ExploreGas prices surge: What’s behind the pain at the pump