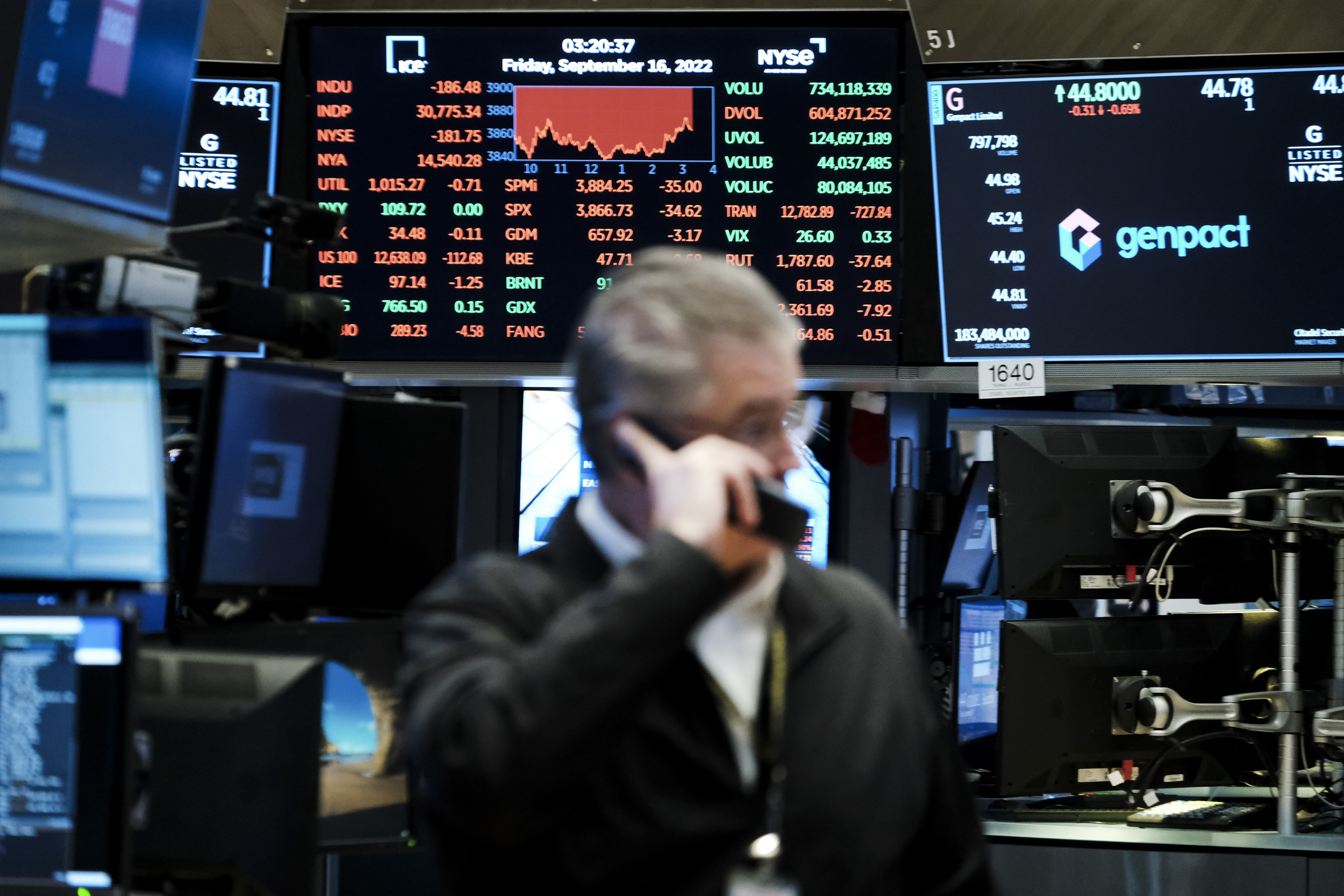 Stocks tumbled on Friday to close out a brutal week for financial markets as surging interest rates and foreign currency turmoil heightened fears of a global recession.

“The market has been transitioning clearly and quickly from worries about inflation to concerns about the aggressive Federal Reserve campaign,” said Quincy Krosby of LPL Financial. “You see bond yields rising to levels we haven’t seen in years — it’s changing the mindset to how does the Fed get to price stability without something breaking.”

The British pound hit a fresh more than three-decade low against the US dollar after a new UK economic plan that included a slew of tax cuts rattled markets that are fearing inflation above all right now. Major European markets lost 2% on the day.

“This is a global macro mess that the market is trying to sort out,” Krosby said.

Friday marked the fourth negative session in a row for the major averages. The Fed on Wednesday enacted another super-sized rate hike of 75 basis points and indicated it would do another at its November meeting.

Bond yields soared this week following the Fed’s actions, with the 2-year and 10-year Treasury rates hitting highs not seen in over a decade.

Stocks positioned to suffer the most in a recession have led this week’s losses with the S&P 500′s consumer discretionary sector off by 7%. Energy is down more than 9% as oil prices slump. Growth stocks including big technology names Apple, Amazon, Microsoft and Meta Platforms fell on Friday.

“Based on our client discussions, a majority of equity investors have adopted the view that a hard landing scenario is inevitable and their focus is on the timing, magnitude, and duration of a potential recession and investment strategies for that outlook,” wrote Goldman Sachs ‘ David Kostin in a note to clients as he cut his outlook.

The major averages are on pace for their fifth decline in the last six weeks. The Dow has given up about 4.5% this week, while both the S&P and Nasdaq have fallen 5.2% and 5.5%, respectively.

Samantha Subin is a digital news associate with CNBC.