ANDERSON – Board members of Crowder College, executives of Cooper Gear, representatives from McDonald County High School and supportive members of the community gathered at Cooper Gear in Anderson on Friday, June 17 to celebrate the graduation of the first apprentice through their joint partnership.

Tyler Allgood has been apprenticing at Cooper Gear for four years, working his way up to lead night shift supervisor as well as earning his associate’s degree from Crowder College and pursuing a bachelor’s degree in business.

How would he describe those years? “Blood, sweat and gears,” he said.

Now that he’s graduated, Allgood says his plan is to continue on his career path at Cooper Gear.

Cooper Gear and Crowder College both have registered Department of Labor Apprenticeship programs, but the need for additional training in drafting provided the opportunity for both groups to collaborate.

“This is a win for everyone! Apprenticeships are an industry-driven career pathway that provides on-the-job experience supplemented with classroom instruction,” said Katricia Pierson, Crowder College president. “The opportunity to partner with another apprenticeship program opens doors to create more options when it comes to skilled workers. Our partnership just provides another alternative to providing quality training in our area.

Kaleb Allen, 18, and Bryan Lewis, 17, are also involved in the apprenticeship program.

Allen has been employed at Cooper Gear for 10 months, getting his start through the high school’s Work Ready program that allows students to attend school for the first half of the day, then clock in at a local business the second half.

His day-to-day responsibilities involve operating lathes that remove any unwanted material from the gears and maintaining saws.

Allen previously worked in farming and concrete businesses but has newfound confidence in the machine shop.

“It’s taught me not to doubt myself and to trust my skills,” he said.

In addition to working at Cooper Gear, Allen is also attending Crowder College in Joplin two days per week. His studies focus on blueprints and computer-aided drafting (CAD) courses.

Lewis has been employed at Cooper Gear for 8 months while attending high school. He oversees lathes as well as gear hobs that create the teeth on gears. Lewis says the program has given him a great foundation of knowledge that can be applied in many fields.

“It’s been a great learning opportunity,” he said.


MEGAN DAVIS / MCDONALD COUNTY PRESS Kaleb Allen and Bryan Lewis pose by machinery that they have been trained on during the course of their workforce development apprecenticeship at Cooper Gear in Anderson. 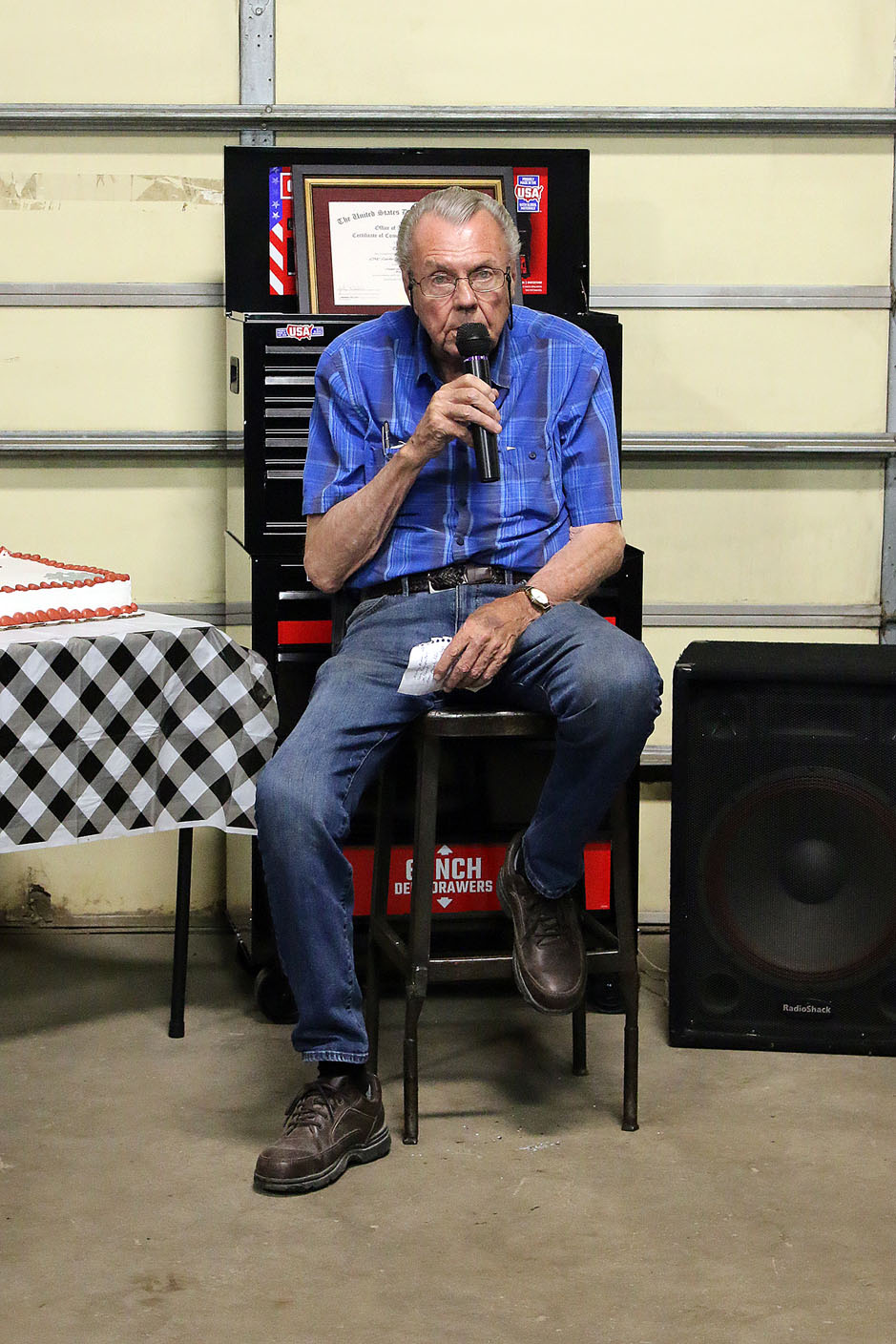 MEGAN DAVIS / MCDONALD COUNTY PRESS Founder of Cooper Gear, Jim Cooper, spoke to the crowd about the importance of apprenticeship and trade programs before honoring apprentices on Friday.