The 19th match of the St. Lucia T10 Blast 2022 will feature Gros Isle Cannon Blasters and Babonneau Leatherbacks. The game is set to begin at 9:15 PM IST on Sunday, May 15 at the Darren Sammy National Cricket Stadium.

The Gros Isle Cannon Blasters have had a difficult tournament in recent games, winning only one of three games and currently sit in fourth place in the points table.

On the other side, the Babonneau Leatherbacks have enjoyed an easy start to this tournament, winning all two games so far and ranking second in the points chart.

The team that wins the toss will bowl first. The spinners will undoubtedly have the dominant position in the middle overs. Overall, it’s a good pitch for batters.

Shervon Joseph has put up an outstanding performance in this competition, hitting 82 runs and taking one wicket.

Lee Solomon has contributed well to his team, scoring 37 runs and grabbing one wicket.

Thomas Caleb has scored numerous impressive hits thus far and is an important player for his team He has scored 69 runs and taken six wickets for his team. 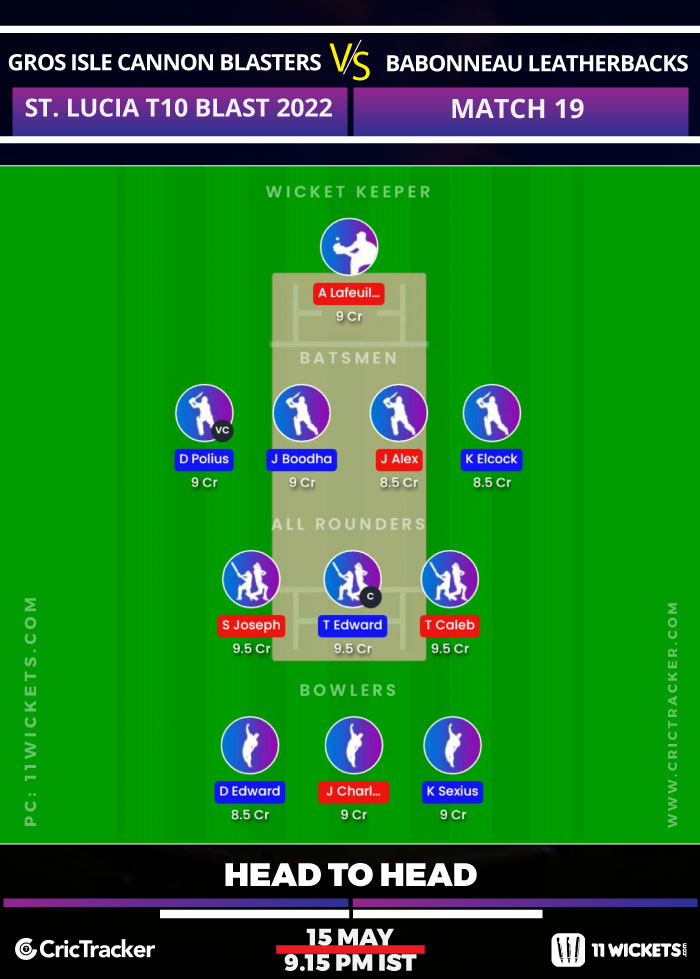 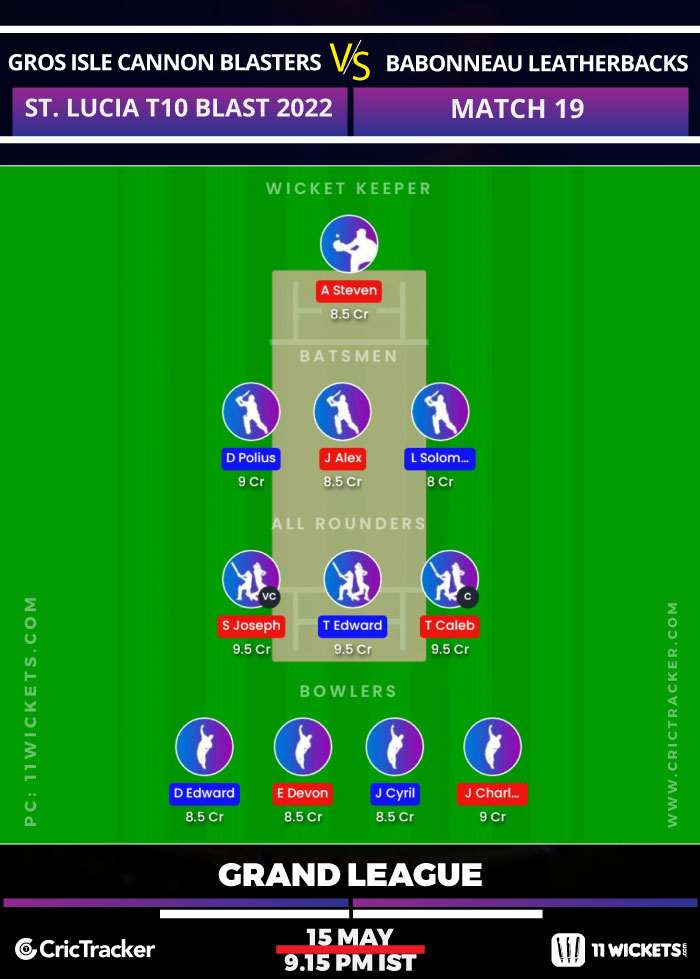 Note: Updated Fantasy teams and Playing XIs of every match will be provided on our Telegram channel if the information is available.