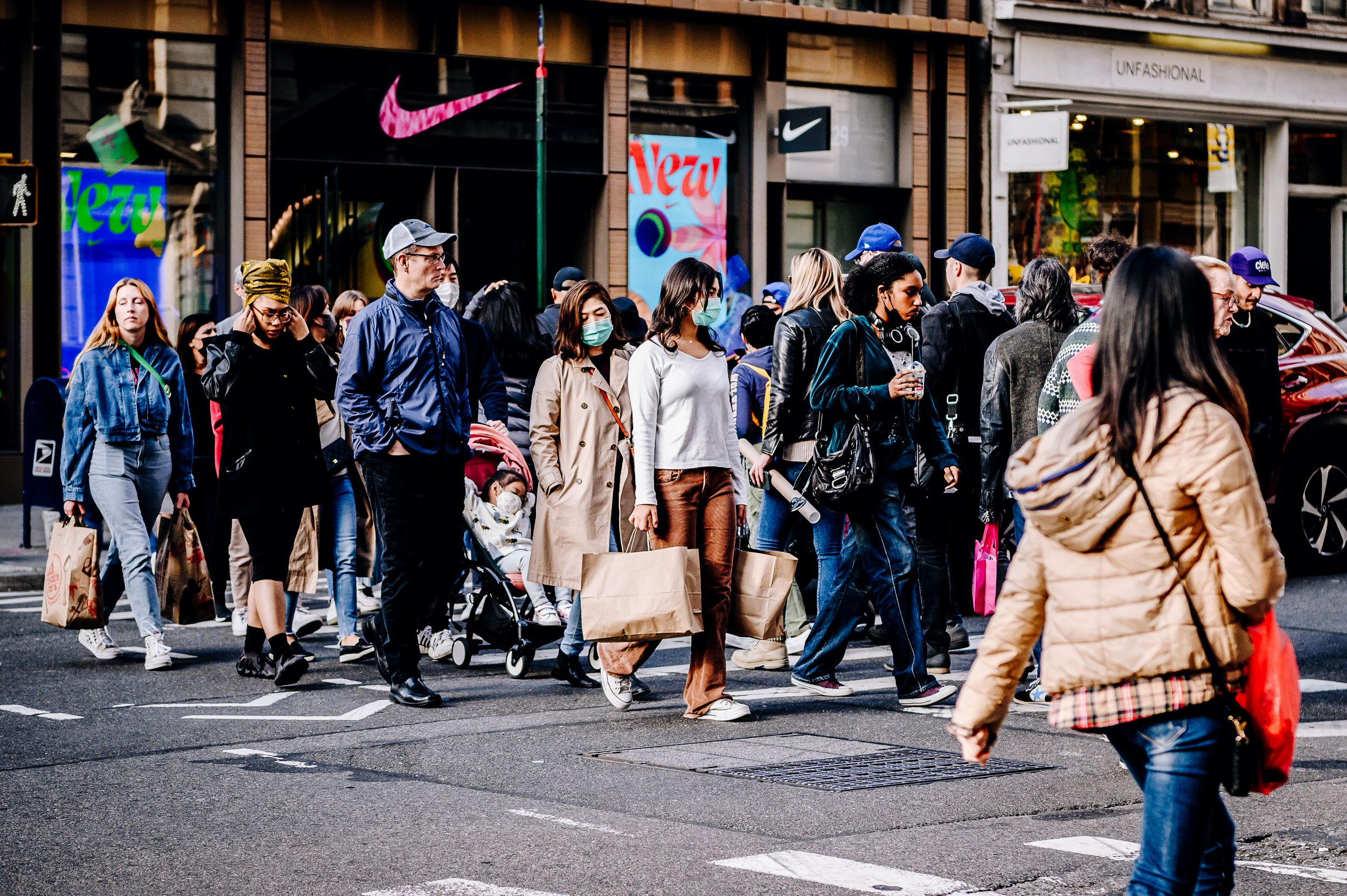 If the Federal Reserve raises interest rates in a bid to tame inflation, it may be hoped that holiday shopping in the US will be more muted than in years past.

But according to analysts, factors including low unemployment and the potential for big discounts mean this holiday season is shaping up to be another busy one.

In a sign of the uncertainty US retailers now face, rival big box giants Walmart and Target announced two substantially different holiday hiring targets this week. While Walmart is now aiming for 40,000 new, mostly seasonal workers — down from 150,000 last year — Target is looking to bring on another 100,000 workers this holiday season. That’s the same figure it set last year.

The uncertainty is further reflected in holiday spending forecasts. The US consulting firm Deloitte now expects overall holiday sales to climb 4% to 6% this year compared with growth of 15.1% last winter. But it also expects e-commerce sales to climb 12.8% to 14.3% compared with 8.4% last year as consumers hunt for deals online.

Retailers continue to see a glut of inventory on many goods, according to Ted Rossman, senior industry analyst at Bankrate.com — the result of improvements in supply chains, a shift in spending towards services and experiences, and overall lower demand.

It’s further evidenced in inflation data, which show prices of traditional gifts like toys and apparel, as well as electronic goods like TVs and stereos, have mostly risen more slowly than the overall rate of inflation.

Walmart has already announced that more than half the toys on its annual Top Toy List would retail for under $50, with many under $25.

Thanks to a still-healthy job market that helps people feel more secure about their finances, this holiday season is shaping up to be “the best buyer’s market in years,” Rossman said.

On Wednesday, the Federal Reserve raised its key interest rate by 0.75% as it seeks to tame inflation levels not seen in four decades.

The goal is to curb booming post-pandemic demand, slow the economy and put downward pressure on prices.

In the near term, it means higher borrowing costs. Already, average mortgage rates are now well above 6%, the highest since at least 2008.

For consumers who plan to use a credit card to make purchases, average APR rates are currently at the highest levels since 1995, at about 18%, according to Bankrate.com, and near the record 19% rate.

But Rossman said there is usually a lag of one or two months before credit card interest rates increase after the Fed hikes take effect. Plus, many individuals who already have credit card debt are usually willing to take on more, he said.

“There’s a little bit of denial, or mental accounting, if you already have debt,” he said.

He said he is not expecting a surge in credit card delinquencies amid the higher APR rates.

“People still have more money in the bank,” he said. “They have paid down debt, and while there are certainly warning signs on the horizon, many people are still starting from a position of strength.”

It’s a sentiment echoed in Bank of America’s Consumer Checkpoint report, which found that at the moment, consumers continue to feel “chipper.”

“Consumers continue to demonstrate fairly robust spending growth,” BofA said. “They have benefited recently from the drop in the price of gasoline, and continue to experience a strong labor market.”