Manchester United kicked off their new Women’s Super League season with a comfortable 4-0 home win over Reading as Maya Le Tissier marked her debut for the club with two first-half goals at the Leigh Sports Village.

Marc Skinner’s side raced into a 4-0 lead after just 35 minutes thanks to Le Tissier’s double – a looping volley and a header, both from right-wing Katie Zelem corners – with skipper Zelem’s well-taken penalty sandwiched in between.

Alessia Russo’s thumping header then rounded off the scoring as the hosts – looking to improve on last season, when they just missed out on a top-three finish to rivals Manchester City on the final day – made an eye-catching start to the campaign.

How Man Utd started their season in style

The hosts, roared on by a healthy crowd of 5,315, took no time at all to get stuck into their opponents, making the breakthrough after just four minutes as Le Tissier’s effort from Zelem’s corner somehow found its way past Reading No 1 Grace Moloney.

Debutant Maya Le Tissier loops it over the goalkeeper to score her first goal for Manchester United Women to give her side the lead against Reading. Watch Liverpool vs Chelsea at 5pm on Sunday on Sky Sports Football.

Ten minutes later and the United captain, making her 100th appearance for the club, coolly converted from the spot after Moloney was judged to have just caught Russo as the goalkeeper raced off her line to close down the England international. 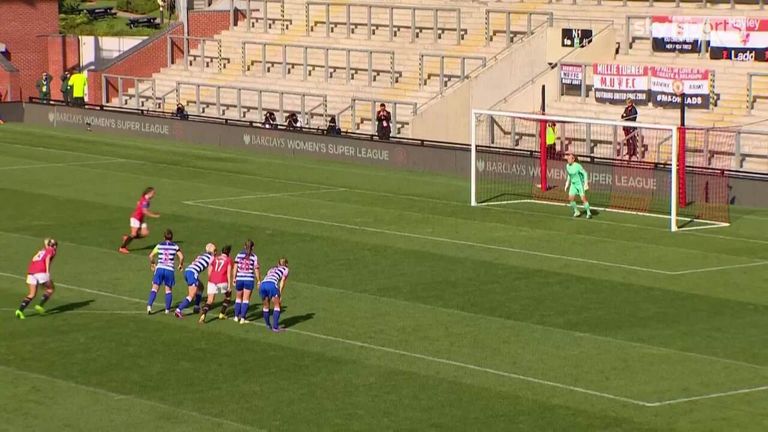 Reading keeper Grace Moloney gives away a penalty against Manchester United, and skipper Katie Zelem finds the back of the net. Watch Liverpool vs Chelsea at 5pm on Sunday on Sky Sports Football.

It didn’t take United long to add a third either as Le Tissier, signed from Brighton in the summer, scored again from a pinpoint Zelem corner, this time with an excellent header. 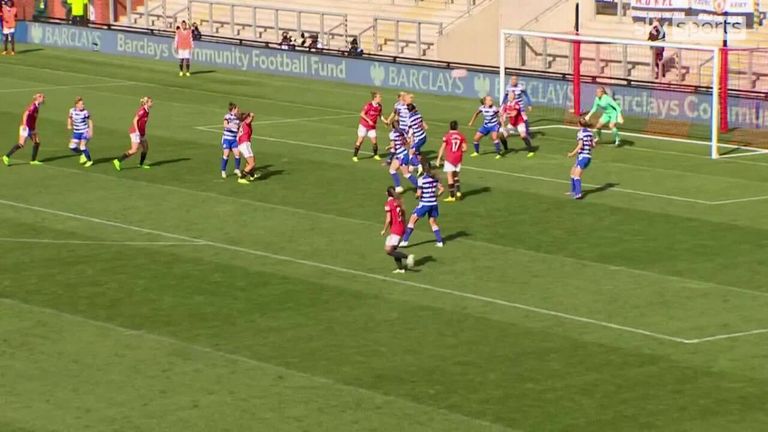 And Russo rounded off the scoring in a frantic first half by finishing off a wonderful move down the right, powering a header into the corner after a brilliant run and cross from Spaniard Lucia Garcia.

That was that as far as the scoring was concerned as the home team took their foot off the gas after the interval, but nevertheless it was an impressive way to begin the new campaign from Skinner’s side as they look to gatecrash last season’s top three of Chelsea , Arsenal and City,

Alessia Russo scores another for Manchester United against Reading. Watch Liverpool vs Chelsea at 5pm on Sunday on Sky Sports Football.

What else is happening in the WSL this weekend?

There are still four more mouth-watering fixtures to come…