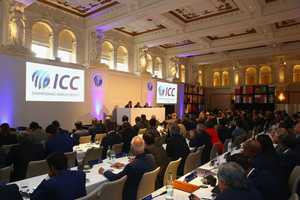 The International Cricket Council (ICC) has set its sights on the American market and a couple of its top officials are all set to fly out to the USA this weekend to hold parley with the potential future broadcasters in the American market. The US is considered the third largest cricket market in the world, after India and the UK.

Anurag Dahiya, chief commercial officer, and Sunil Manoharan, vice-president – media rights, will be halting at New York, San Francisco and Connecticut to hold discussions with the broadcasters in the US, mainly with the executives of NBC, ESPN, CBS, Amazon, Viacom and Willow TV.

It may not be inaccurate to say the ICC officials will be spending a lot of time with the executives of the NBC, one of the largest media networks in the US. With the ICC targeting to be part of the Los Angeles Olympics in 2028, it could be courting the New York-headquartered National Broadcasting Company which is also the Olympic broadcasters in the US. How the NBC will react to a cricket property is a point of curiosity.

It is however not to say attempts won’t be made to woo other major networks. In fact, Dahiya and Manoharan will be flying to Connecticut to meet the officials of ESPN, one of the largest sports broadcast companies in the world. The Willow TV officials will meet the ICC executive in New York. Willow TV, like Cricbuzz, is a part of Times Internet which recently bagged the IPL media rights of the two territories of Rest of the World package, including the US.

In San Francisco, they will be meeting American Cricket Enterprises (ACE), the USA Cricket’s commercial arm which runs the T20 competitions and owns the rights to run them in the USA.

The ICC, which recently launched the tender for India rights (for the 2024-31 cycle), has decided to sell the property territory wisely this time around and it is expected to announce the American tender next. It has announced that the process of India rights will be completed by September and by October, the sale of the American rights are likely to conclude. By this year-end, the ICC hopes to cover all the core cricket regions, including Australia-New Zealand and South Africa.

A significant feature of the new ICC tender is that it is providing the bidders the option to buy rights for four and eight years, TV and digital rights separately as well as with one composite bid. The ICC has also unbundled the men’s and women’s rights.