Mike Cannon-Brookes was transformed into one of Australia’s first two tech billionaires when Atlassian, the software company he co-founded, went public on Wall Street in 2015.

Since then the 42-year-old, who is usually seen wearing a T-shirt and baseball cap, has gained wider recognition in Australia for using his fortune to combat global warming.

Until this year, those efforts were confined to philanthropic ventures and a series of conventional green investments. But in February, Cannon-Brookes teamed up with Canadian investment firm Brookfield to bid for AGL, an Australian coal-based utility and the country’s largest carbon emitter.

Although AGL rejected the offer, the Sydney native this month revealed he had quietly amassed a 11.3 per cent stake in the group. Cannon-Brookes says he intends to use the stake to force the closure of AGL’s coal plants, thwarting the company’s plan for a demerger that would see them spun off into a separate company and run for a further 20 years.

“The company is very wedded to a slow transition – a glacial transition if it’s any transition at all – away from its fossil fuel generating assets,” Cannon-Brookes said in an interview. “That’s bad for the climate, it’s also very bad for their economics.”

The billionaire’s targeting of AGL has reverberated across an Australian business world best known for its mining industry, which is under mounting pressure to curb its own emissions.

“If the demerger gets voted down, do you think that’s a vote of confidence in the board and management team?

“I’m personally not aware of there being another case that’s got the overlay of activism that we’ve got here, but is entirely climate change-focused,” said Whitton.

The raid on AGL maybe the billionaire’s boldest move yet, but it is in keeping with a career that has combined entrepreneurial chutzpah with a concern for social and environmental issues. Cannon-Brookes set up a philanthropic foundation long before he made his fortune.

His career began in the late 1990s at the University of New South Wales, where he met Scott Farquhar and the two established Atlassian. The company, which they got off the ground with $ 10,000 in credit card debt before securing venture capital backing, develops products that help software engineers collaborate.

After making “don’t f ** k the customer” one of its principles, Atlassian has found success by building flexible, open-source products that do not lock customers into expensive long-term licensing contracts.

The company’s market capitalisation has climbed from almost $ 6bn when it listed to $ 42bn, making Cannon-Brookes and Farquhar the fourth and fifth richest people in Australia, according to an annual list published by The Australian newspaper.

For now, Atlassian shareholders appear unfazed as Cannon-Brookes juggles running the company with his ambition to accelerate Australia’s shift to clean energy.

Jeremy Gibson, a portfolio manager at asset manager Munro Partners, which invested in the company shortly after it listed on the Nasdaq exchange in New York, said he was reassured by the “depth of management” at Atlassian, where Cannon-Brookes and Farquhar are joint chief executives. Cannon-Brookes insists his interests beyond Atlassian do not interfere with his “day job.”

However, his increasingly muscular activism in a country where climate change remains a polarising issue has put Atlassian under the spotlight.

The company has been accused of hypocrisy for paying very little corporate tax: it had a tax bill of just A $ 24.7mn in 2020 after paying nothing in 2018. That has given ammunition to critics who say it undermines Cannon-Brookes’ authority when he upbraids the government over its climate change policies.

Atlassian says its low tax bill is a result of its significant expenditure on research and development, spending that under Australian law can be deducted from taxable income.

The company’s co-founders remain close friends as well as business partners. In 2018, Cannon-Brookes spent A $ 100mn on a mansion on Sydney Harbor next door to Farquhar’s sprawling property.

But while Farquhar has kept a relatively low profile, Cannon-Brookes’ activism has made him a household name in Australia. He describes watching An Inconvenient Truth ”, former US vice-president Al Gore’s 2006 film about climate change, as a“ life arc ”moment.

Although the failed bid for AGL is his most eye-catching intervention, Cannon-Brookes has already plowed some of his fortune into green investments via Grok Ventures, his family office. They include Sun Cable, an ambitious plan to build a 20 gigawatt solar farm in Northern Australia and export electricity along an undersea cable to Singapore.

The software entrepreneur is not the first billionaire to take up the issue of climate change. In Australia, mining magnate Andrew Forrest has backed green hydrogen, and has also invested in Sun Cable. Microsoft founder Bill Gates has thrown billions of dollars into efforts to develop low carbon technologies. 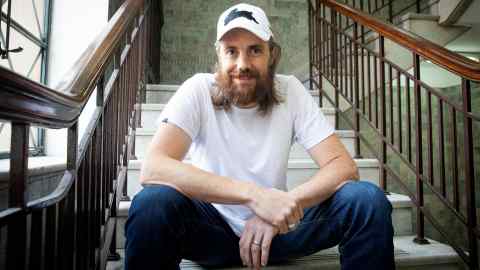 But taking aim at a listed company has set Cannon-Brookes’ approach apart. It also makes a potentially bruising battle almost inevitable in the run-up to AGL shareholders voting on the demerger plan on June 15.

Cannon-Brookes is dismissive of the demerger, which alongside the coal-based generation business would create a retail business that buys energy from third party generators and sells it. The demerger would end the “gentailer” model popular in Australia, in which energy companies are both generators and retailers of electricity.

Instead, Cannon-Brookes argues AGL should remain a single company, use profits from its entire business to invest in low-carbon technology and shut the coal plants down sooner.

“If the demerger gets voted down, do you think that’s a vote of confidence in the board and management team?” he said. “Would it be tenable for them to stay on afterwards in significant number?”

AGL, which last week released a 356-page document detailing the benefits of the proposed demerger, say Cannon-Brookes has not presented a serious, detailed alternative.

With AGL stepping up its own preparations for the demerger, the outcome of Cannon-Brookes’ efforts will be closely watched as energy groups across the world wrestle with the future of fossil fuel-based businesses. Pension fund Aware Super has voiced concerns about AGL’s proposal, while other big shareholders, including BlackRock, have not joined the public debate over the group’s future.

Cannon-Brookes, who will spend the next month lobbying AGL shareholders, admits it will be an “uphill battle”, but is not short on self belief.

“What am I good at? Technology, business, finance, economics – all the ingredients required to make this transition. I’ll put those skills up against anyone on the board or management team, ”he said.

Are you curious about the FT’s environmental sustainability commitments? Find out more about our science-based targets here