If you’re from the South, you know what I’m talking about. There’s a direct correlation between your favorite team’s record and your overall happiness. And there’s a feeling of emptiness from January to Labor Day weekend.

Some fan bases down here take football more seriously than others. But aside from Vanderbilt, there’s not a big gap separating No. 13 from No. 1 on our list of the most loyal SEC fan bases.

What exactly makes a fan base more loyal than another one?

But beyond attendance numbers, there’s the overall passion for your program, which is harder to measure. Aside from Alabama, every SEC team has had a bad season or stretch of seasons since 2010. How did their fans react? Did they lose interest or were they still glued to their televisions every Saturday? Do they stop wearing their team’s apparel following a loss? Stop giving thanks for their program at the dinner table?

Again, hard to measure, but here’s a list of what I consider to be the most loyal fan bases in the SEC from least loyal to the most:

Can you blame Commodore fans for their lack of loyalty to a program that has only had four winning seasons since 1976?

This is a picture from the first half of a game last year. 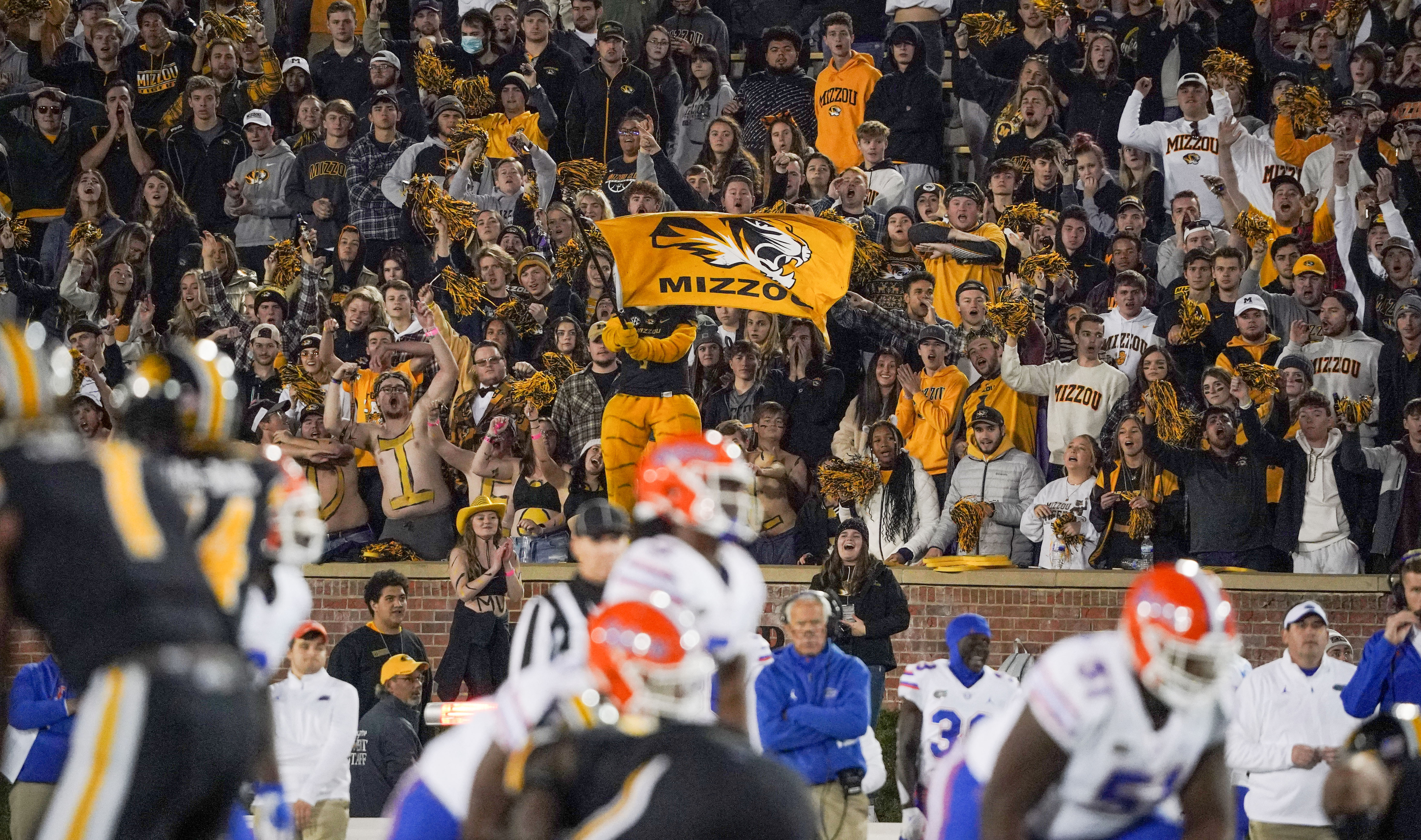 Mizzou may be No. 13 in the SEC, but it would probably crack the top-30 on a nationwide list. Farout Field at Memorial Stadium gets loud, it just doesn’t last for very long. Attendance numbers are not bad, either, but at the end of the day…it’s Missouri. 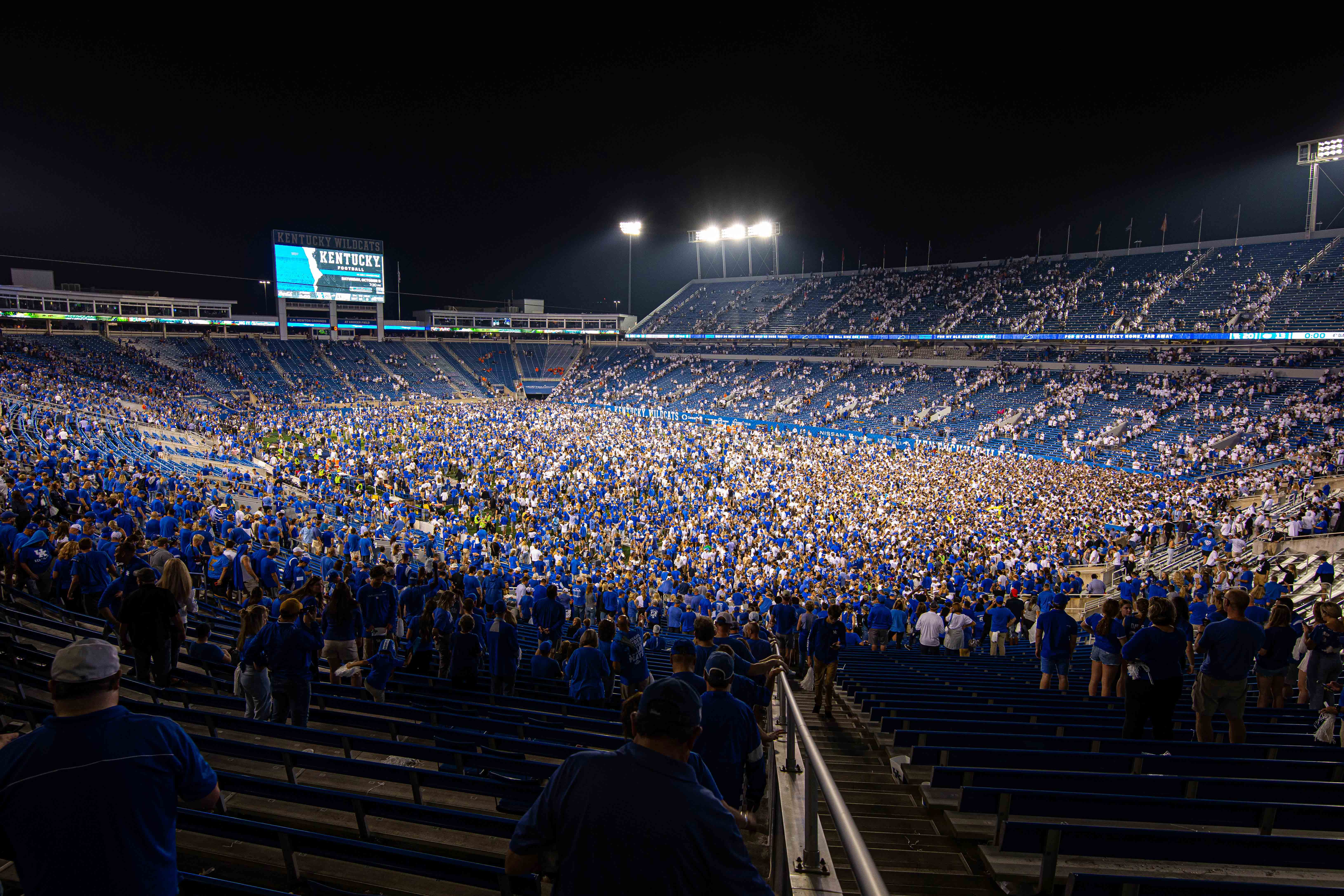 Again, another fan base that would rank high on a national list. Kentucky fans, when their team is relevant, are great. But it’s a basketball school and their fans know it. They’d rather see their basketball team succeed than the football team. 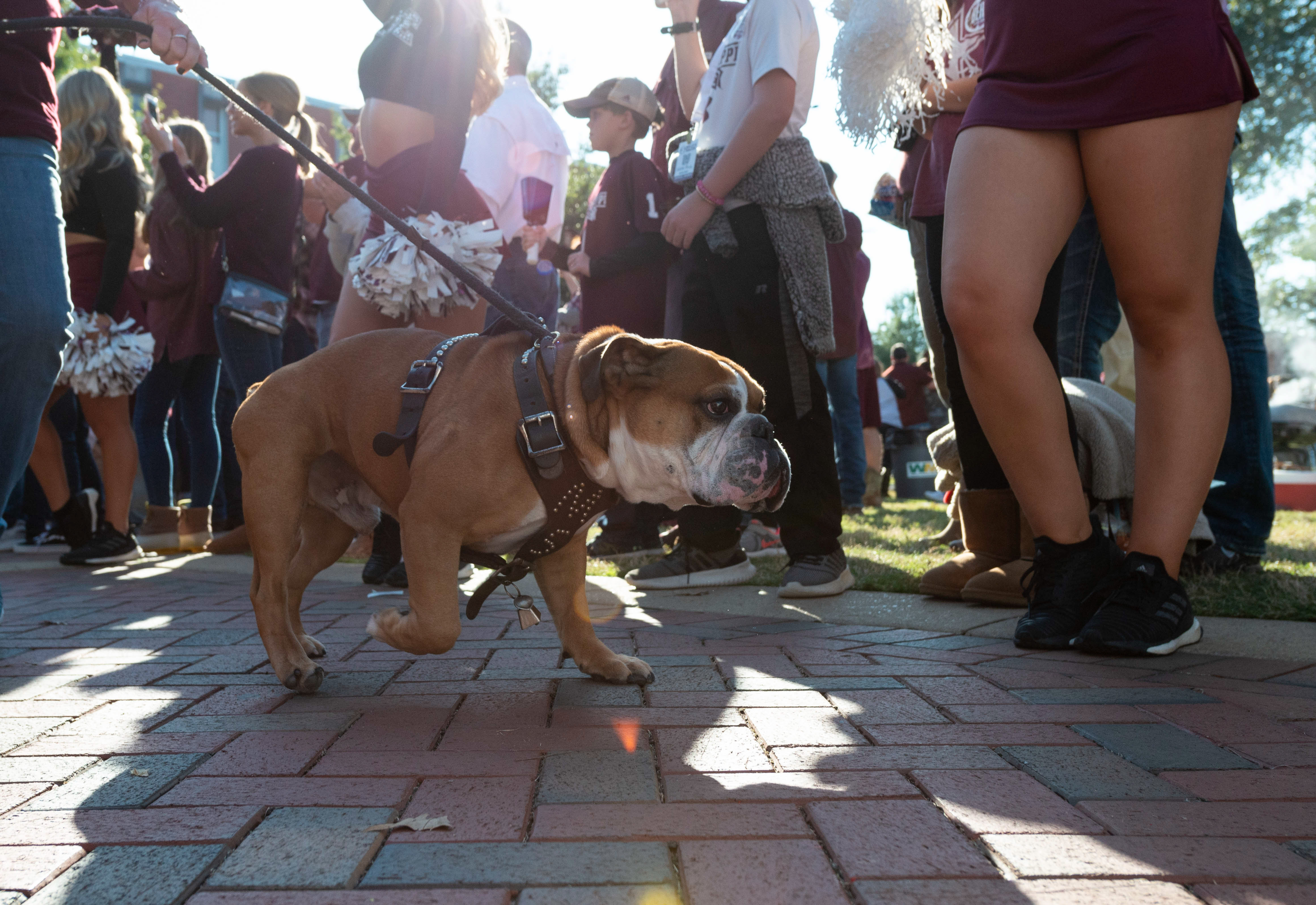 You have to love your football program to sit through a game at Davis Wade Stadium with those cowbells ringing in your ear. 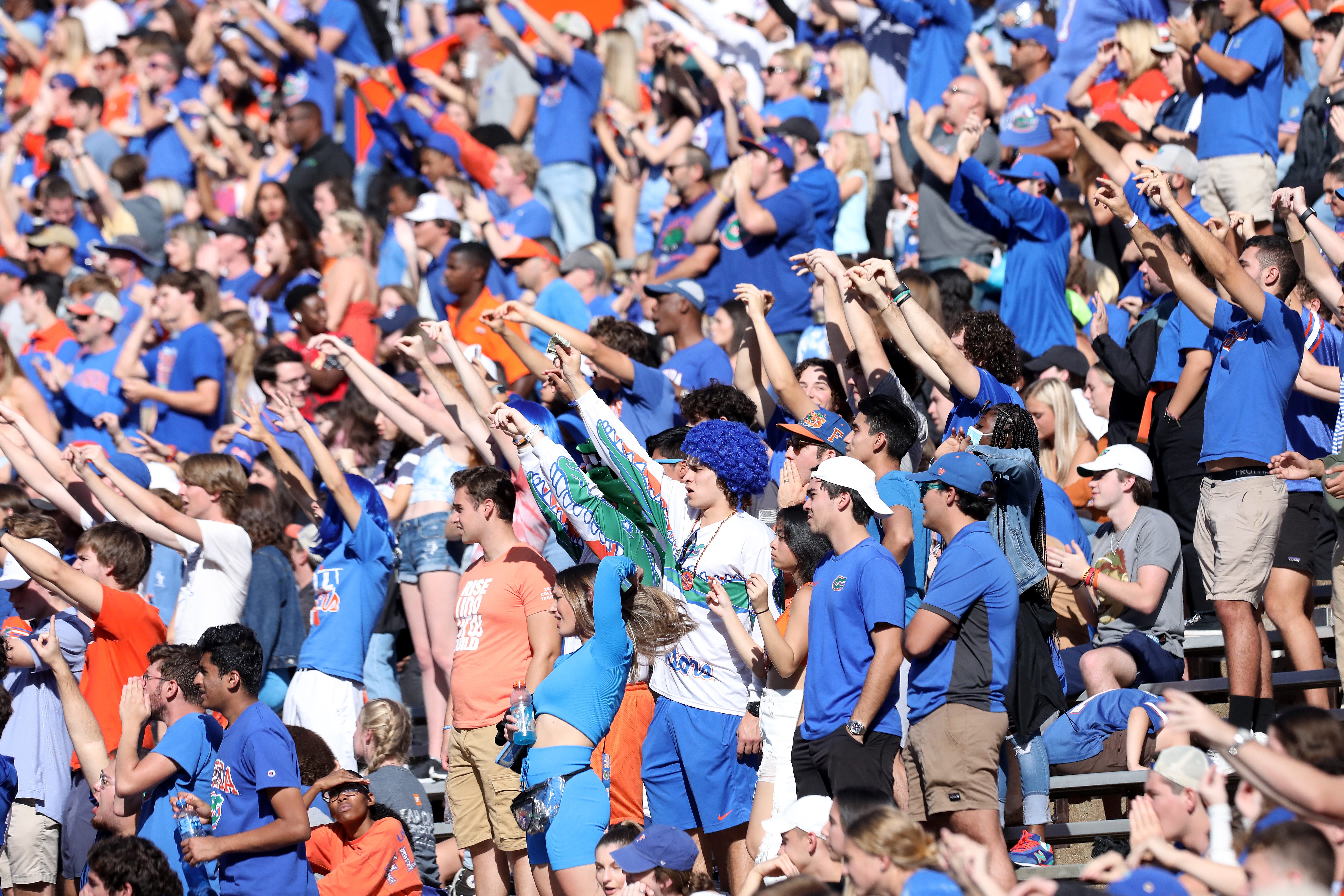 They whine and complain and absolutely trash their team during the bad years. But at least they care. Florida fans won’t like this ranking. 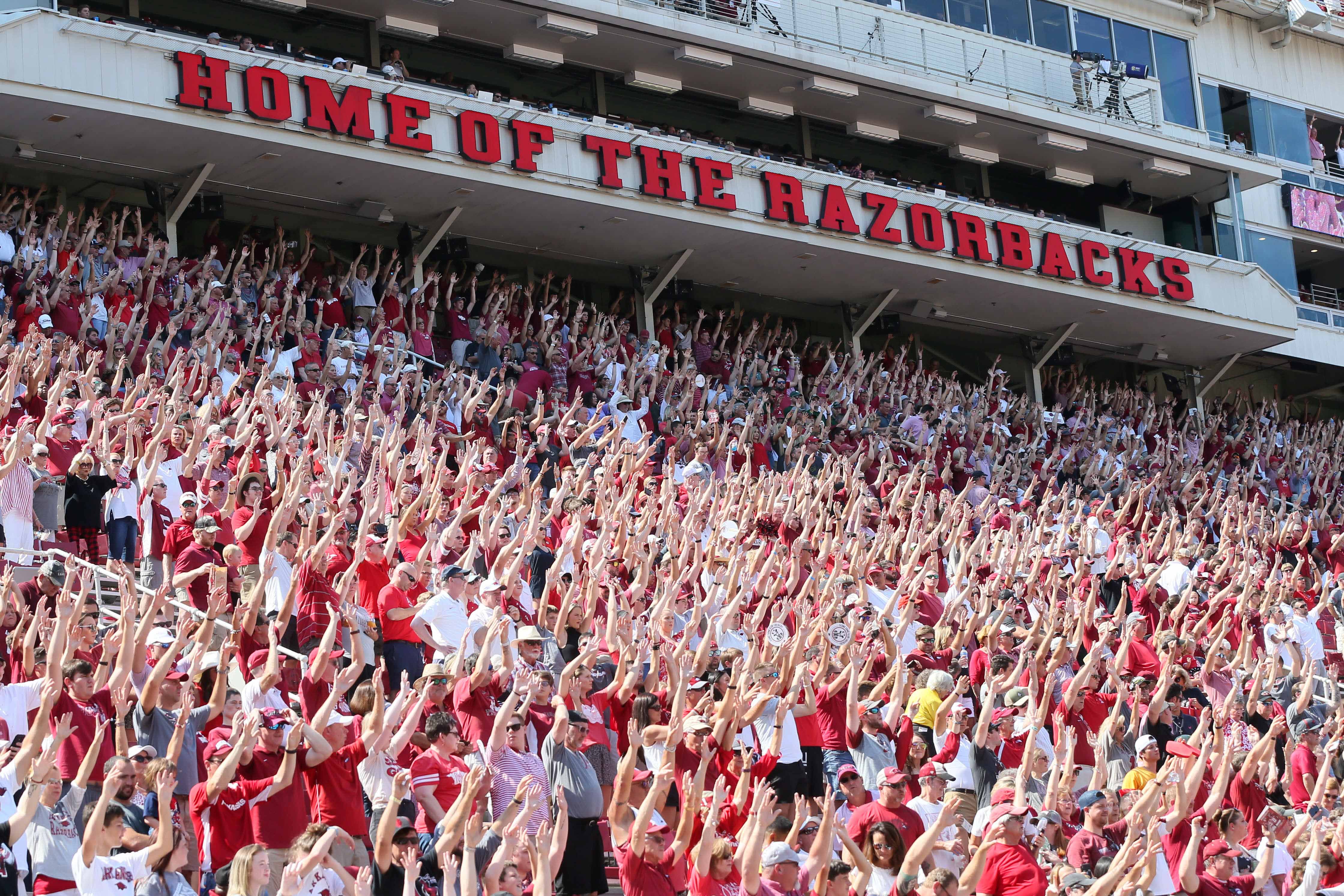 Arkansas saw a 35.6% increase in fan attendance from the 2019 season. That’s great, but that also tells us that they lose interest when their team is bad. But still, Razorback fans love their program. They have a wild home schedule in 2022 with Cincinnati, Alabama, LSU, Ole Miss and Bobby Petrino/Missouri State coming to town. We’ll see what they’re really made of. 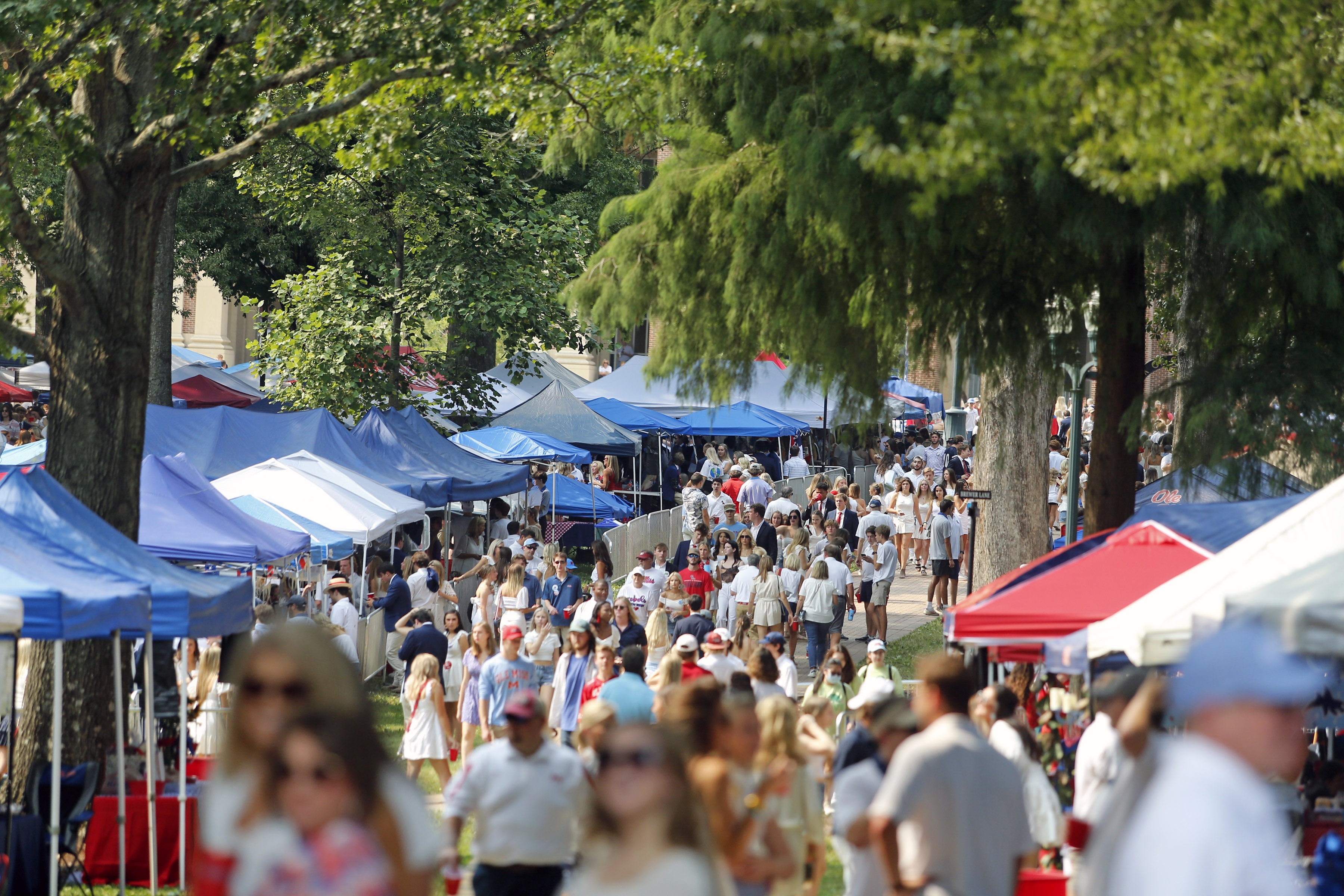 Ole Miss fans simply want to have fun. They can create a scary environment when they need to, but for the most part, they’re focused on having a good time. But no matter how bad their program is, they’re always out there having fun and supporting the Rebels. 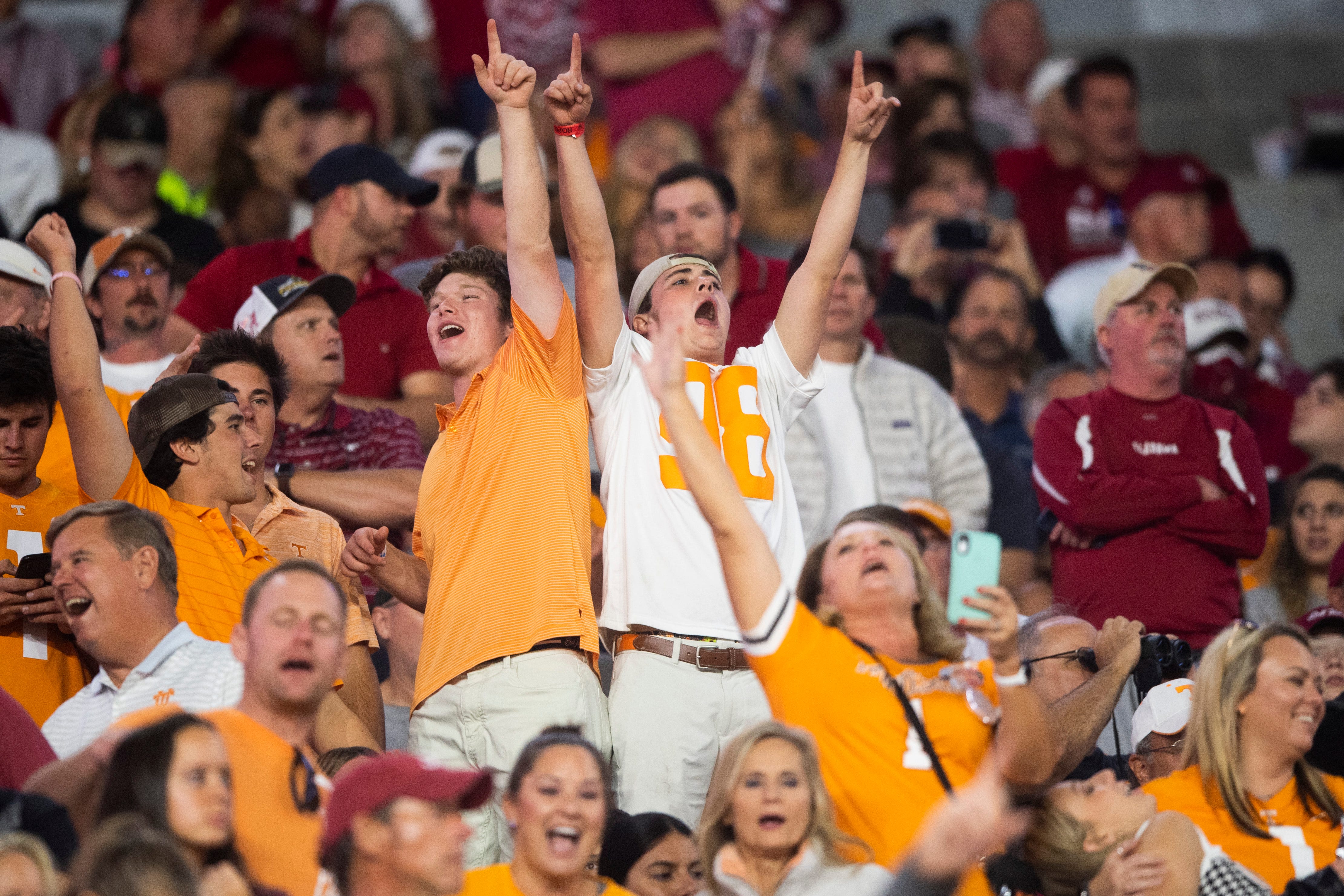 Here we go. Tennessee has not had a legitimately good football team since the early 2000s, but every season Vol Nation is convinced that this is their year. They may be delusional, but at least they’re hopeful.

It’s almost like their in a toxic relationship with their program. They know the relationship is failing, but they’re so blinded by love that they can’t let go.

I guess you have to respect that. 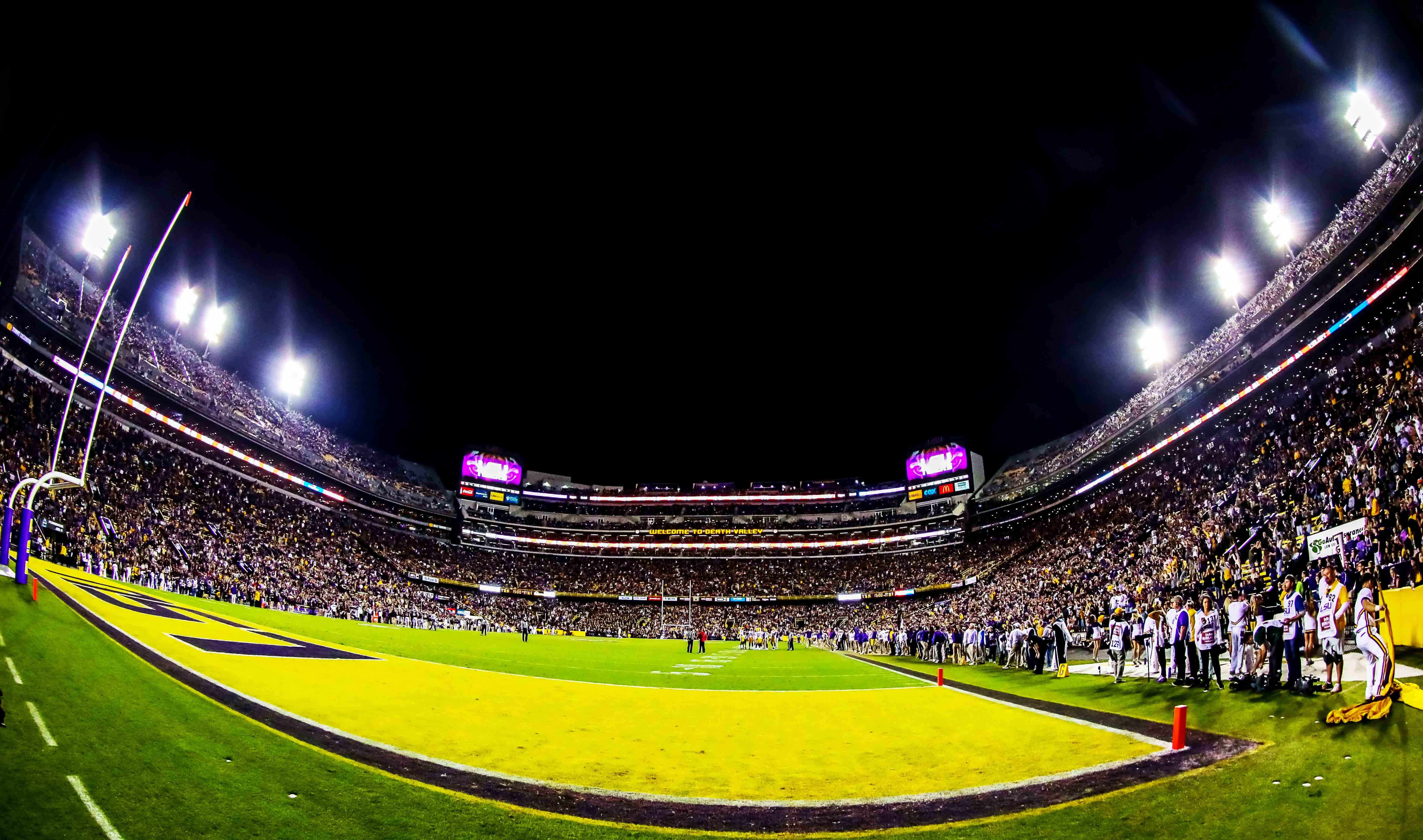 It’s nearly impossible to find a better college football atmosphere than on a Saturday night in Baton Rouge. Tiger fans have no mercy and make it clear that visiting Death Valley is not for everyone. 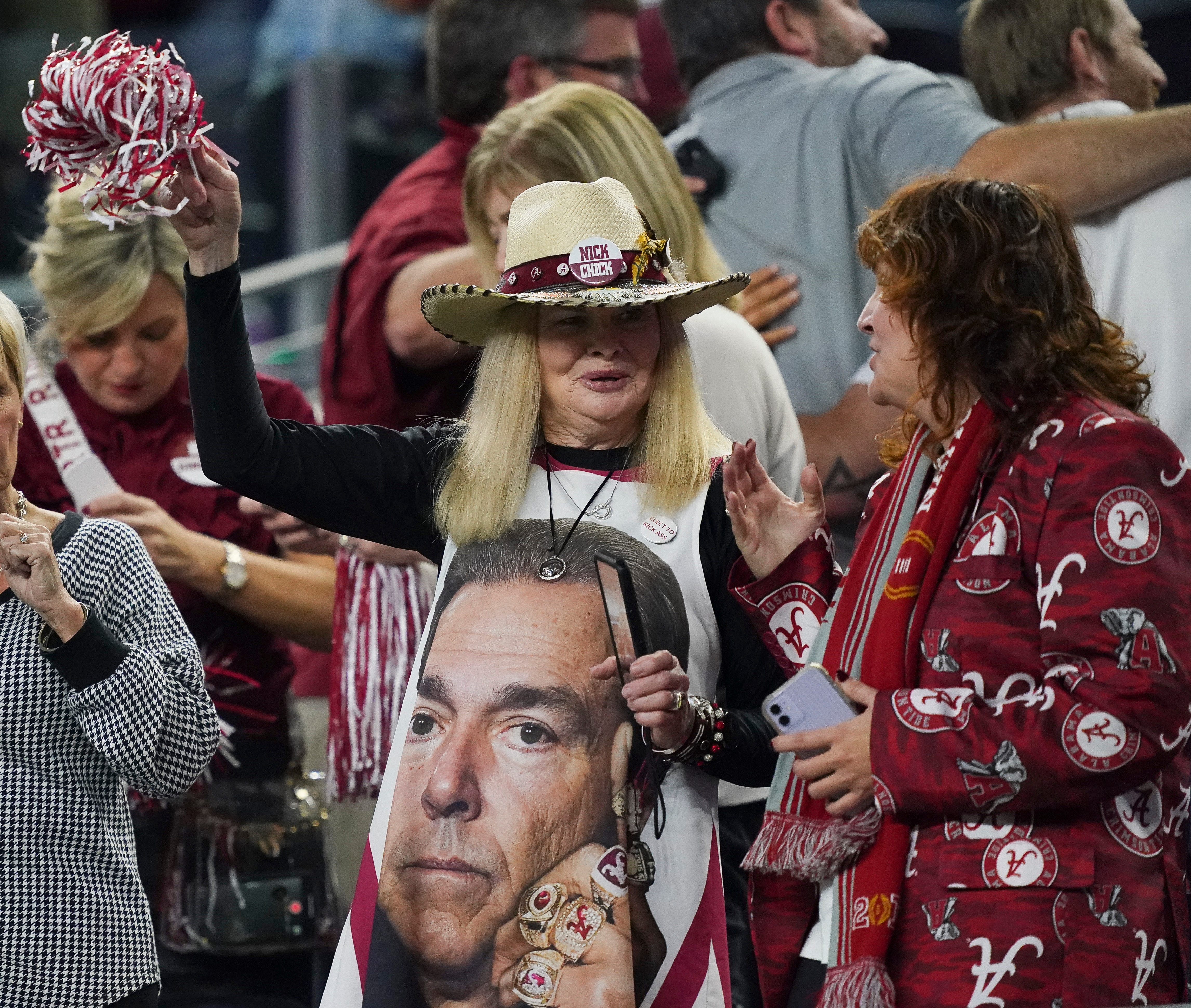 This was the hardest fan base to rank because we don’t really know how they react when their team is not good. There’s no doubt Bama fans adore their Crimson Tide, but the newer generation of fans have never had to feel the pain the rest of the SEC has.

No. 5 in the SEC is still good enough for top-ten in the nation, so this is not a bad ranking. 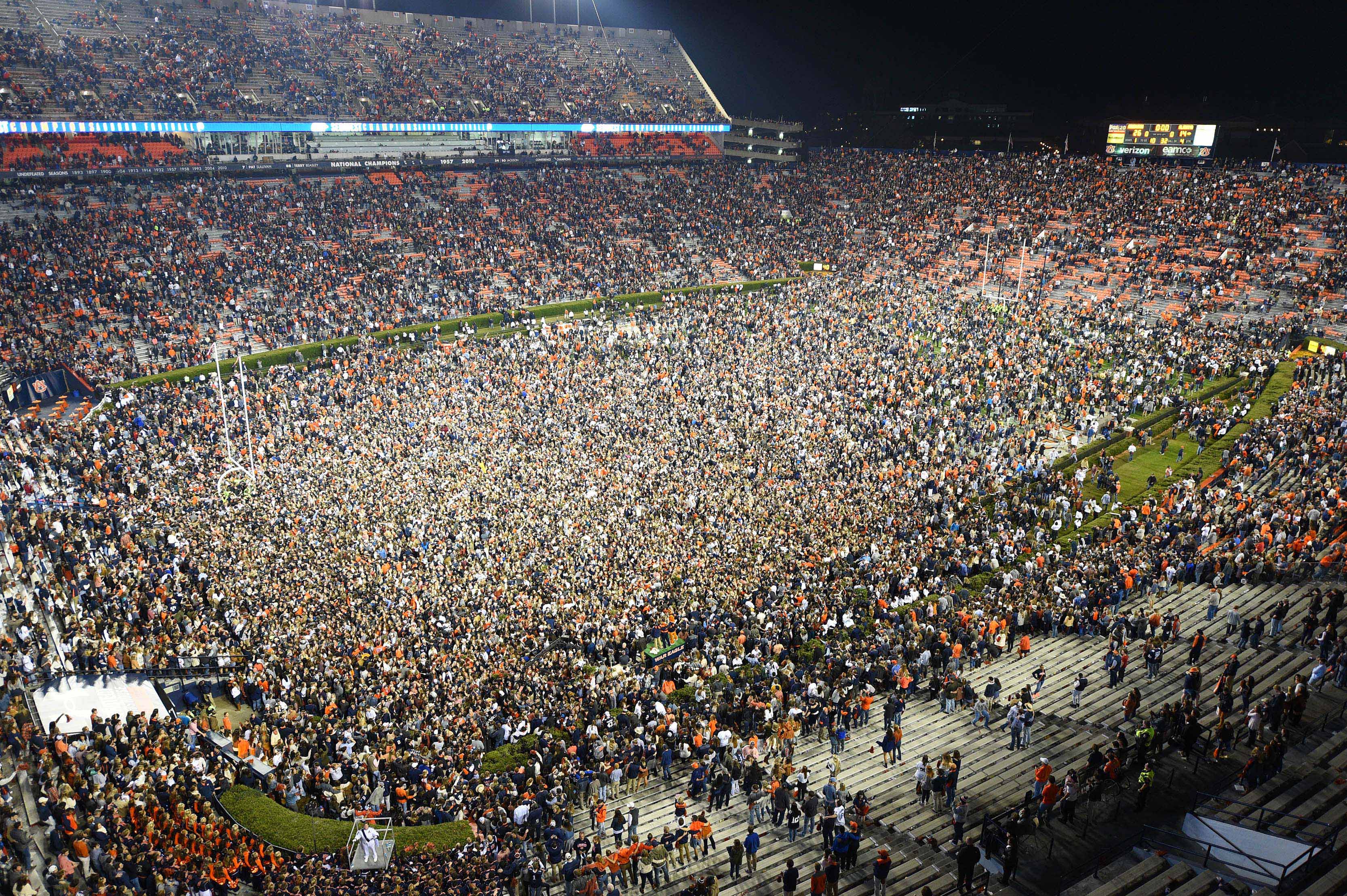 Their attendance is always near the best in the nation despite their team being incredibly underwhelming in recent years. All these folks want to do is win, and you know it kills them more than anyone else to see both Alabama and Georgia thrive. 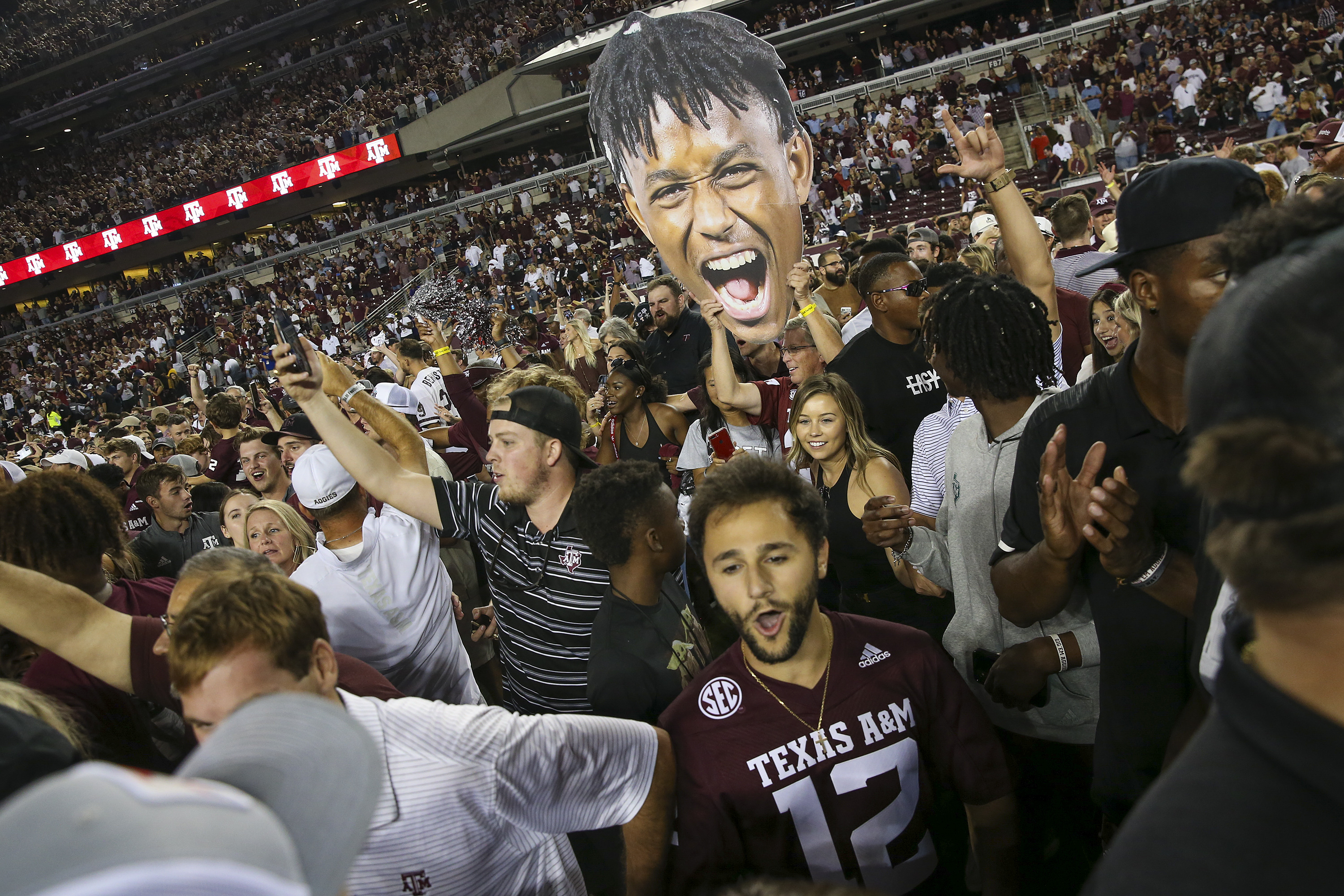 School spirit is what College Station is all about.

Nearly 73,000 students dominate the town. A midnight Yell Practice at Kyle Stadium is one of the coolest traditions in college football that any fan should want to check off their bucket list.

It’s one of the most difficult places to play no matter how good the Aggies are. And that’s how you know these fans are as loyal as it gets. The 12th Man is real. 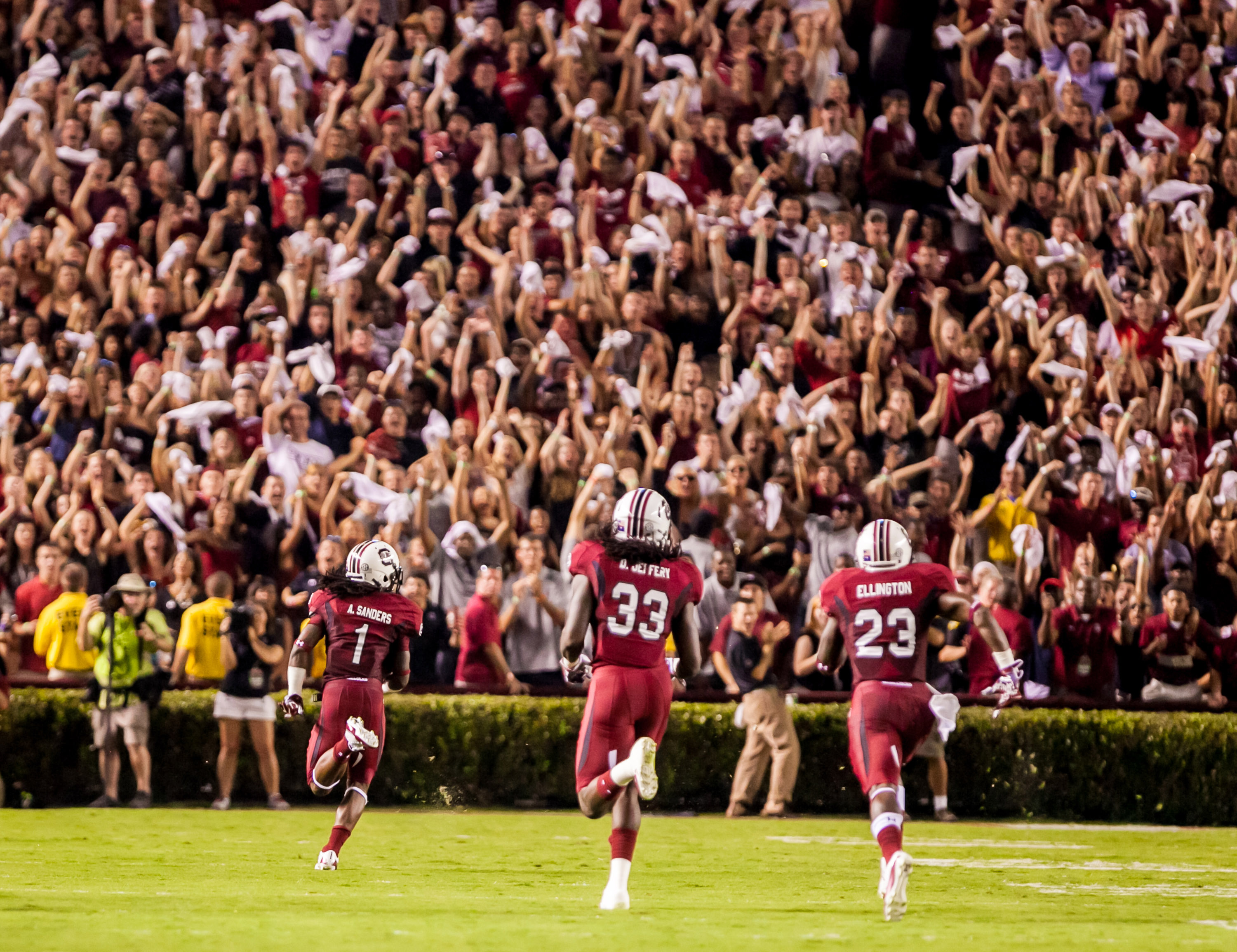 This is a football team that has never won anything aside from a 1969 ACC championship and a 2010 SEC East divisional title. Yet, Williams-Brice Stadium is still one of the scariest places to play a football game.

I’ve been to most SEC stadiums, and aside from LSU I’ve never heard a louder, more intimidating atmosphere in my life. The date was Oct. 6, 2012 and No. 5 Georgia was visiting No. 6 South Carolina. Georgia lost 35-7 and the level of hostility was through the roof. I was actually almost scared to return two years later (which was almost just as loud) when Georgia lost again by the last link of the chain.

These fans just never quit no matter how bad things get in Columbia. And could they be rewarded for their loyalty after all these years with last year’s Heisman hopeful Spencer Rattler taking snaps under center?