A vitamin D3-rich weed and shrub with roots wild boars love to gorge on are among 18 invasive plants stifling the Kaziranga National Park and Tiger Reserve, the best-known address of the greater one-horned rhinoceros on earth.

Kaziranga has had to deal with encroachment, poaching and annual floods for decades. But none of these has been as damaging to the health of the 1,300 sq. km tiger reserve as the green invaders that have gone under the radar until now.

Soon after taking over as Kaziranga’s field director a few months ago, Jatindra Sarma began identifying the invasive plants and documented 18 of them silently taking over the landscape at the cost of indigenous grasses, shrubs and trees the herbivores of the park sustain on.

The list he submitted to the Wildlife Institute of India (WII) did not contain the “usual culprits” of many protected areas in India – parthenium and lantana that threaten more than 40% of India’s tiger reserves, according to a global study in 2020. It did mention ipomoea ( Ipomoea carnea) and mimosa ( Mimosa himalaica) but marked them as largely controlled and not much of a worry now.

Parthenium ( Parthenium hysterophorus) is believed to have come to India as contaminants in a consignment of wheat imported from the US in the 1950s while lantana ( Lantana camara) was brought by the British as ornamental plants from South America two centuries ago.

In a letter to Assam’s Principal Chief Conservator of Forest (Wildlife) a few days ago, Mr. Sarma sought permission for experimental culling, cutting, slashing, burning, uprooting and girdling of the invasive plants under the National Tiger Conservation Authority (NTCA) following discussions with WII experts. The WII had earlier advised the field director to weed out the invasive plants for the indigenous Kaziranga flora to breathe easier.

“NTCA has undertaken the management of invasive plants in other tiger reserves but this is the first time that such species have been identified with threat estimation. Many like the Bombax ceiba and Largestroemia speciosa, trees locally called ‘semul’ and ‘ejhar’, need immediate attention to save the grasslands vital for the survival of the rhino and other herbivores, “Mr. Sarma, a botanist, told The Hindu.

The herbivores usually avoid the invasive plants, which regenerate at an alarming speed and threaten to edge out the indigenous flora.

Some of the invasive plants have a toxic impact on the landscape after remaining underwater, which is often for two months every monsoon.

Some weeds have herbal properties, but their toxicity outweighs their utility. For instance, wild boars love to gorge on the succulent rootlets of the Leea macrophylla or ‘kukura thengia’ that is fast clogging the patrolling paths and grasslands. 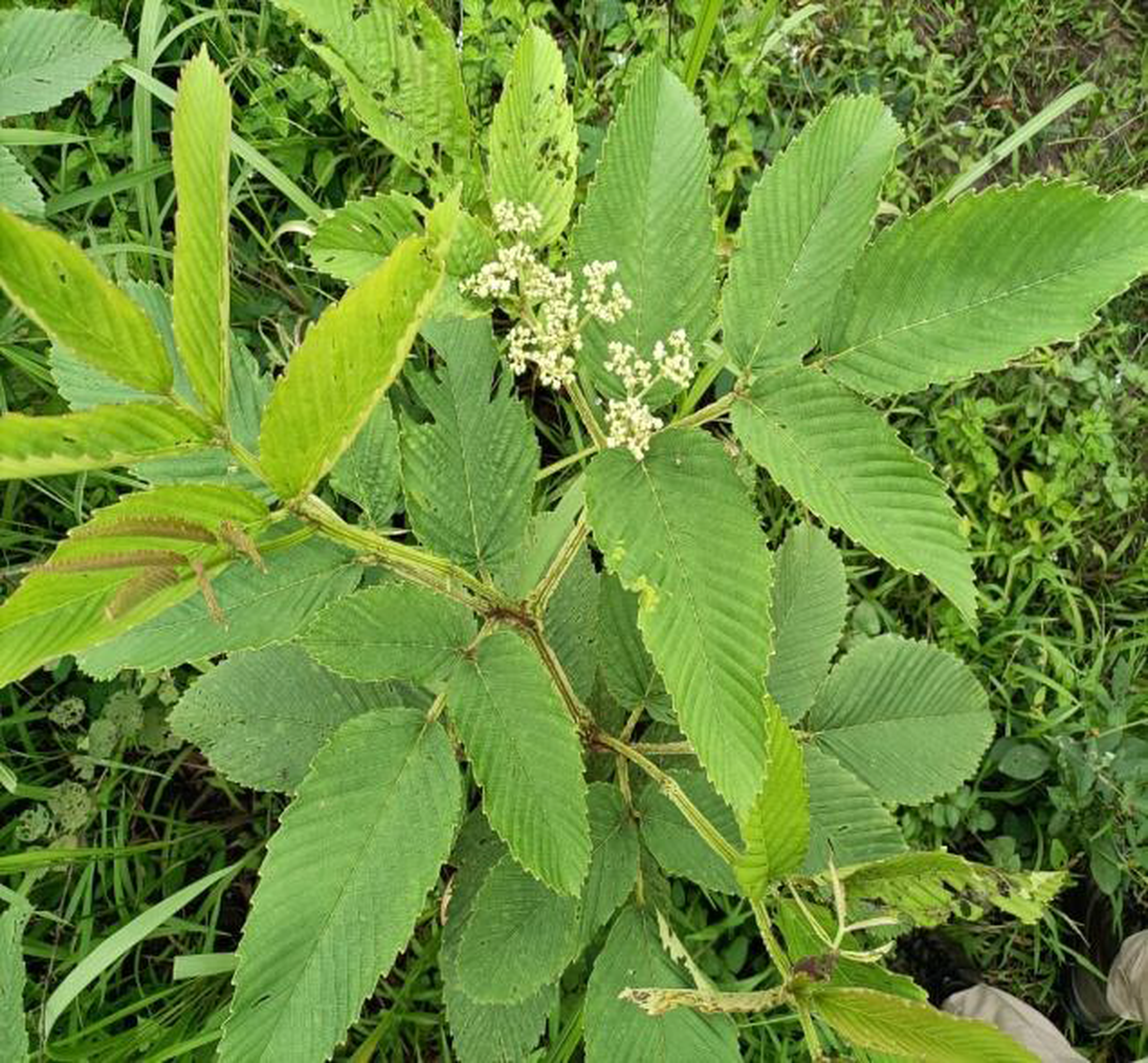 Another “poisonous” invasive plant is the Cestrum diurnum or day-blooming jasmine of West Indies origin “coming up gregariously” on the Brahmaputra sandbars. The plant is otherwise a source of vitamin D3. 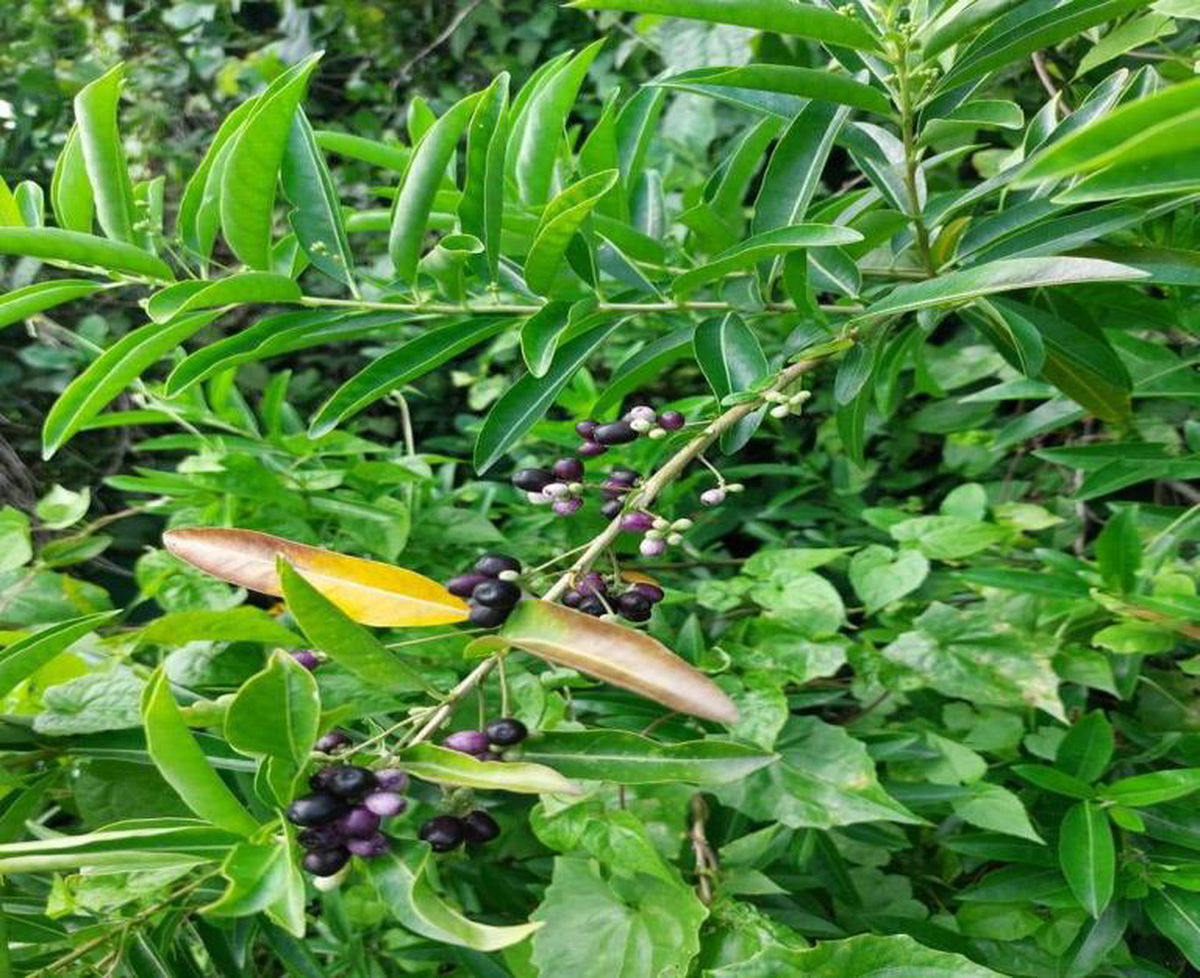 “Once the modalities are finalized, this weed can be turned into a commercial crop for the people in the vicinity of Kaziranga. Pharmaceutical companies need tonnes of dry leaves of this plant periodically, ”said Mr. Sarma said.

Cane, too, is a commercial plant that is threatening to be an invasive plant in Kaziranga. “Its growth has to be restricted to save the grasslands the herbivores survive on,” he said.